From the creative director of a global beauty brand to SoGlos’s very own managing director, SoGlos highlights 12 business leaders in the county who studied at The King’s School Gloucester.

The King’s School Gloucester has a fantastic reputation for offering an outstanding education in the county – and it has its fair share of notable alumni, too.

In this hot list, SoGlos highlights some of the fantastic Gloucestershire business leaders that studied at King’s, including creative directors, dairy farmers and even a SoGlos co-founder.

About the sponsor – The King’s School Gloucester 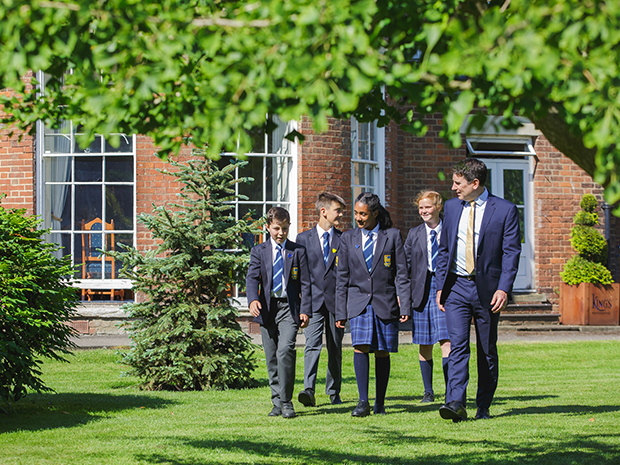 Situated next to Gloucester Cathedral, The King’s School Gloucester provides an inspiring environment for girls and boys aged three to 18, with a reputation for academic excellence coupled with unrivalled pastoral care.

The independent school blends a historic setting with modern, state-of-the-art facilities – including its recently opened £2.5 million Sixth Form Centre – offering small class sizes, a supportive and nurturing environment and an extensive range of co-curricular activities from sports to drama and music.

Former King’s pupil, Miles Dunkley, is the founder and executive creative director of Cheltenham-based SLG. Dunkley joined the family business in 1996 and has since taken the company from a manufacturer of cosmetic applicators to an innovative beauty brand incubator with a global presence. Designing and formulating new products in its lab in The Brewery Quarter, as well as manufacturing its patented tanning mitts in its Cheltenham factory, SLG products are stocked in over 55,000 locations worldwide.

SLG is leading the way for sustainable haircare with its Rhyme & Reason shampoo and conditioner range, too. Born from Dunkley’s aims to make positive environmental changes within the beauty industry, the range, which launched in January 2021, promises effective product formulations as well as a sustainable supply chain that uses no new plastic – not to mention an expert team, which includes marine biologists, to ensure its sustainability.

King’s alumnus, Lucy Ackland, is a senior development engineer at Renishaw in Wotton-under-Edge and was selected as one of the UK’s top 50 women in engineering by The Daily Telegraph.

Ackland joined Renishaw as an apprentice at just 16 and has gone on to work on a number of the company’s most exciting projects, including leading the project team for Renishaw’s in-house metal additive manufacturing system, RenAM 500M. She is also an ambassador for STEM as part of Renishaw’s education outreach programme and has been helping to inspire young girls to consider a career in engineering for nine years.

Roberts has a passion for school design, having worked with leading educational institutions across the country and secured several award-winning education projects for the firm. He is also an active and influential member of the Gloucestershire Design Panel.

Her herd of 80 cows – known affectionately as ‘The Ladies’ – graze on organic pasture and are milked every day to ensure their health and wellbeing. Vaughan strongly believes that happy cows make better milk and that keeping it in its natural form is best, so the milk, kefir and yoghurt, which is produced and bottled on the farm, is never homogenised – and contains naturally higher levels of Omega-3.

A qualified engineer, chartered British Patent Attorney and European Patent Attorney, Robert Games is also the managing director of Albright IP in Cheltenham. After studying at King’s, Games went on to have an illustrious career working within the Intellectual Property Office as a patent examiner in engineering. He then trained and qualified as a patent attorney and worked for two leading firms, before founding Albright IP in 2007.

As well as the day-to-day running of Albright IP, Games also manages an active case load and works closely with trainee attorneys to help them progress.

Former King’s pupil, Simon Ford, is the founder and CEO of Allstone Group – one of the biggest waste management and skip hire companies in Gloucestershire – incorporating Speedy Skips, which helps businesses to dispose of waste in an environmentally-friendly way; and Allstone, which provides high quality aggregate and building materials to trades and companies all over the county.

As well as owning and operating his growing waste management and aggregate businesses, he is also patron of Sue Ryder – with the company offering bright pink skips to help raise awareness and funds for the charity.

Director of Fleet Electric, Richard Markey, took his GCSEs and A Levels at The King’s School. Markey started Fleet Electric in 2020 to help small and medium enterprises in Gloucestershire understand the benefits of electric vehicles.

Having worked for Mitsubishi Motors, the UK’s leading plug-in vehicle manufacturer, for eight years, Markey uses his extensive knowledge and experience of both electric vehicles and corporate business leasing to encourage the adoption of electric cars and vans through leasing schemes – helping businesses across the county and beyond to achieve net zero carbon emissions.

King’s alumnus, Ben Creese, started his career in the meat industry in 1980, following in the footsteps of his father, who was a beef farmer in Ashleworth. He took over the family butchers’ shop in 1986, growing the business until it moved premises to become a wholesale butcher in 2013.

Ben Creese Country Butchers provides fresh, locally-sourced meat to schools, pubs, restaurants and hotels across Gloucestershire, as well as catering for private events. Promising the highest possible standards for its produce, it has been awarded the title of Premier Butcher by The National Federation of Meat and Food Traders, as well as having a Safe and Local Suppliers Accreditation. Creese also donated meat and dairy products to help cook hundreds of meals for vulnerable local groups in the King’s School kitchens during the first Coronavirus lockdown.

After studying at The King’s School Gloucester, Chris Price qualified as a solicitor in 2003 and has headed up the family, divorce and children team at Tayntons in Gloucester since 2006.

Now a partner for the firm, as well as having extensive experience in court, dealing with cases involving complex financial matters, including pensions and property division for high-net-worth individuals, Price has also developed a strong reputation for resolving relationship disputes with a non-confrontational approach, especially when care of children is involved.

Directly after leaving The King’s School Gloucester’s Sixth Form, James Ayland joined his family’s business, Completely Motoring LTD. Working with his father, Rob Ayland, the pair turned their shared passion for motorbikes into a new division of the business in 2014, when they launched Completely Motorbikes.

It now has six dealerships across Gloucestershire, Worcestershire and North Wales, with its flagship superbike and custom showroom plus Yamaha Premier Exclusive dealership located in Staverton. Completely Motorbikes is also involved in motorsport sponsorship, having formed a partnership with Bennetts British Superbikes in 2019 which continues throughout the 2021 season.

Its high-performance products and supplements are Informed-Sport accredited, with the company also being a member of the European Specialist Sports Nutrition Alliance. On top of that, Nutrition X plants a tree for every order placed to help tackle the climate crisis – with 6,495 trees already planted and 66.25 tonnes of carbon offset so far. 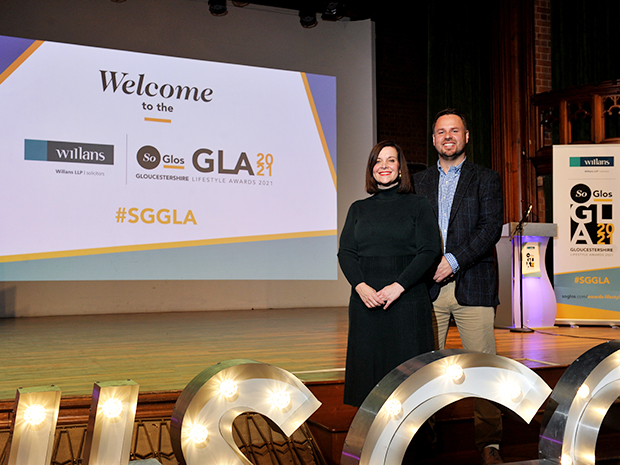 As well as leading the Advertising Hub team, Fyrne also oversees special projects, including web design, video projects, our hugely popular annual awards, and was instrumental in successfully launching SoGlos’s Business section in September 2020. Despite the ongoing challenges of the pandemic, SoGlos has seen incredible growth in the last year under Fyrne’s leadership, more than doubling the number of staff members; launching and hosting the inaugural #SGGBA; and achieving record-breaking monthly revenue twice in 2021.