SoGlos serves up some of the incredible champions of Gloucestershire’s food and drink sector.

With talented people at the helm, Gloucestershire’s food and drink industry is thriving – flying the flag for the county on a national and international stage.

From artisan crafting to large scale manufacturing, SoGlos has handpicked 18 inspirational Gloucestershire food and drink heroes for a flavour of the sheer breadth of talent in the county.

About the sponsors – BPE Solicitors 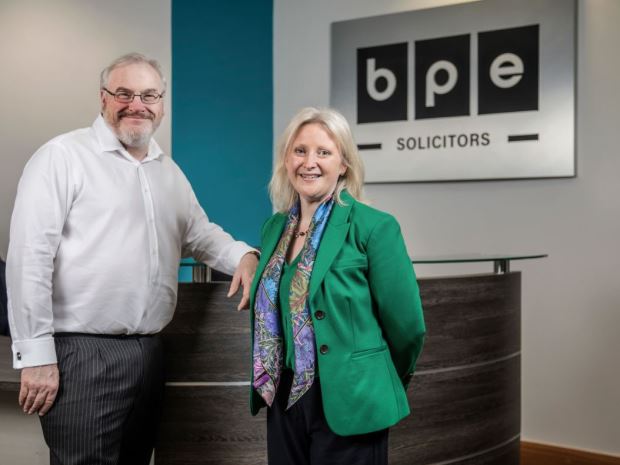 One of the many sectors it serves and helps thrive is the eclectic mix of businesses from the food and drink sector – from start-ups to established multi-million pound turnover firms.

Richard Cook’s name has won most headlines of late for his multi-million pound plans to invest in and redevelop Lydney Harbour. But the Forest of Dean businessman will forever be synonymous with the business he still runs further back up the A48 at Chaxhill – Severn and Wye Smokery.

Started when faith in the ‘Forest of Dean’ as a brand was hard come by, he understood the value of the salmon caught in the River Severn and has championed the district, its produce and the environmental issues on a global scale.

Founded by a 20-year-old Harry Workman in 1938 the Tewkesbury-based business has grown from one man and a Morris 8 van to a multi-million pound operation employing more than 300 staff. It has remained true to its entrepreneurial roots and to Gloucestershire.

Today the family business is in the hands of its third generation, under the leadership of George Workman, and currently undergoing significant investment at its Tewkesbury headquarters. Despite the challenges of the pandemic the firm saw turnover increase from £53.5 million to £58.8 million in its last full financial year.

Woodchester Valley is a family-owned boutique vineyard and winery started in the Five Valleys in 2007 when founder Fiona Shiner planted the first acre of vines that would eventually spread over three vineyards. It was hearing that winegrowing in the area was mentioned in the Doomsday book that spurred her on to research its potential and inspired the adventure. The rest, as they say, is history.

Today Woodchester Valley Vineyard covers 56 acres and together with the likes of north Gloucestershire’s Three Choirs Vineyard has helped establish the county’s credentials as a make of quality wines.

After considerable success building recruitment companies, it seemed only a matter of time before entrepreneurs James Strickland and Raymond Pugh would re-emerge. They did so in 2020, taking over Cheltenham-based Neptune Rum.

Since then the duo have worked hard to establish the brand’s environmental credentials, they’ve partnered with Babco UK and continue to grow the award-winning rum business.

There are many fine butchers/delis in Gloucestershire, but as locals will vouch, there are few to compare to Jesse Smith’s on Love Lane in Cirencester. Not to mention its establishments on Black Jack Street, where the business started back in 1808, or outposts in Tetbury, Northleach or across the border into Burford.

Jesse Smith continues a tradition started more than 200 years ago and it has what it calls an ‘uncompromising commitment to provenance, fair trade with farmers and to sourcing only the finest quality produce’. The Hawes family took over the business in 1952 and it remains in their care to this day.

Marc and Kate Birch founded Nailsworth-based Plenty! Pies in 2011. And when pubs and customers at Stroud Farmers Market started demanded more pies than the pair could supply, they realised they were onto something.

There are so many impressive, exciting breweries in Gloucestershire, but under the leadership of founder Greg Pilley Stroud Brewery is a true pioneer – laying down its environmental credentials in an age when thinking about being green and organic and what the Soil Association might think was not the big deal it is today.

Even its banking – with Tridos Bank – has stayed true to its ethos, and the support it received through lockdown from its crowdfunding drives is testament to Stroud Brewery’s community support in Gloucestershire.

It perhaps seems unfair to include one of Gloucestershire’s biggest business hitters, and someone that has made his name and fortune in the fashion not food trade, but Dunkertons Cider is also high profile.

Admittedly, it was actually started by his father and stepmother, Ivor and Susie, in the 1980s, but in 2018 he brought the business lock and stock barrel to Dowdeswell and invested heavily. Today it is run by Jeremy Benson and stresses those same environmental credentials Superdry plc adheres to. For Dunkerton it continues a career-long love affair with food and drink for Dunkerton, who started SoHo Coffee and is the name sitting quietly behind La Boulangerie Artisan Ltd.

Including a restaurant or restaurateur might beg questions about ‘why not the many other fantastic, creative purveyors of downright delicious food and drink?’ But we think JM Socials’ Michael Raphel and Jay Rahman are a duo whose entrepreneurial spirit makes them a force to be reckoned with.

Rahman founded the highly regarded Prithvi, and the pair followed up with Bhoomi Kitchen, and most recently Bhoomi Kitchen also in Cheltenham. And then there is For The Saints, Holee Cow, Holee Clucker and expectation of a European brasserie concept, Circo, still to come.

Guy Warner opened his first supermarket in Broadway in 2006 under the Warner’s Budgens brand. The business has provided jobs – more than 200 across its four – and established itself as a champion of local food, supporting numerous producers and suppliers.

Warner’s Retail Group Ltd most recent set of company accounts show turnover increased from £4.4 million in 2019 to £8.1 million for the year to the end of September 2020. With big plans for its stores across the Cotswolds.

Bishop’s Norton-based British Polo Gin is competing in a highly competitive marketplace, but making its mark with a strong brand and a quality product.

It also runs full-service pop-up bars at events across the country and the clubhouse at Cirencester Park Polo Club.

The story behind community-minded Gloucester business Ethical Addictions is one of chance, faith, graft and great coffee. When Ian Meredith and his then business partner first took on the challenge of selling some coffee beans, it was only to see if demand might be there for quality, ethically-sourced coffee. It was.

They had a vision and a belief that ethically sourced coffee – supplied by farmers they got to know and that they ensured were properly financially rewarded – had a future. That was 2006. They were one of the first ethically-minded sustainable coffee firms to emerge in recent times and continue to thrive, not least because the coffee is a big hit.

One glance at Damien Wager’s Instagram images are enough for many customers to fall in love with his esquisite creations before they even get to taste them at his Edible Art Patisserie in Cheltenham.

Founded in 2017 he brought his business to Cheltenham in 2020 off the back of the success of his book ‘Edible Art’ in October 2019.

Despite the challenges of the pandemic a second shop front opened in Bath in September 2021 with an on-line shop and cookery courses also thriving.

A post shared by The Tewkesbury Mustard Company (@tewkesburymustardco)

Sam Ramsay founded Tewkesbury Mustard company in 2012, picking up on a tradition said to date back to before the 16 Century. Tewkesbury Mustard was mentioned in the Shakespeare’s Henry IV no less. To quote the famous play, and the artisan business’s, website: ‘He a good wit? Hang him baboon! His wit is as thick as Tewkesbury Mustard’.

Two ingredients apparently gave Tewkesbury mustard its individuality – the infusion of horseradish and the manner in which it was sold: in ball form (both of which Ramsay adheres to), winning it the accolade ‘the finest mustard in England.’

The beginnings of much-loved fourth generation Gloucestershire ice cream maker Winstones oozes all of the entrepreneurial spirit that will at one time or another have underpinned all of the other businesses featured here.

Started in 1925 by recently laid-off French polisher Albert Winstone, who saw opportunity in using his WW1 Matchless motorcycle and side car to sell his home-made ice cream around Stroud’s Five Valleys, the Winstone family business continues to win new fans to this day using the very same Victorian recipe – plus a few news flavours too.

Rod and Jo smart took over the running of the legendary Smart’s Traditional Gloucester Cheese from Rod’s mother, Diana, and today produce a range of cheeses from their Churcham farm.

It was Diana who founded the business, buying a small diary herd, its equipment and recipes when she was in her sixties, with the simple aim of making authentic Double Gloucester cheese.

Rod and Jo’s son Will is also now involved and while most customers enjoy the cheeses for their flavours – a seven to nine-pound round of the Double Gloucester remains the choice of the world-famous cheese rolling festival on Coopers Hill.

Rave Coffee’s origins can be traced back to 2009 and a trip to Sydney, Australia, where the two founders worked serving coffee to beach-goers and learning about the business – not least that they loved it.

On return to the UK Rave Coffee was born, and the business continues to win new customers from its headquarters on Love Lane in Cirencester.

Rave Coffee sticks to its policy of trying to get all purchases out to customers within 24 hours of roasting to ensure a maximum flavour hit.

Choosing the right school holiday camp in Gloucestershire to give your kids plenty of energetic, entertaining and engaging...