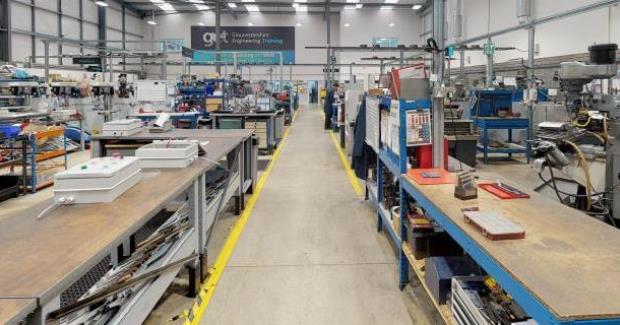 Gloucestershire Engineering Training (GET) was founded in 1977 by a partnership of county businesses. It provides apprenticeship training for the county’s best and most innovative engineering firms and continues to support apprenticeships as a route to work and career development.

As part of National Apprenticeship Week 2022, SoGlos has teamed up with Gloucestershire Engineering Training to highlight 15 of its stand-out apprentices and celebrate the wealth of talent here in the county.

Championing talented people of all ages, as well as the fantastic businesses in the county committed to helping the next generation, the future looks bright for everyone involved in Gloucestershire.

Ethan Woolnough, 20, is employed by Bradley Stoke-based Cosgrove & Drew and is in his first year of an Engineering Fitter Level 3 apprenticeship at GET.

Despite having no previous welding experience, according to a training specialist, ‘during his first week of training, Ethan completed a lap weld and open corner with the MAG welding process to a very high standard. A fantastic start to his apprenticeship’.

Katherine Payne is in the first year of an Engineering Technician Level 3 apprenticeship at Kohler Mira.

The 18-year-old completed all her Electronics Level 2 work ahead of schedule and then started on ‘complicated logic circuits’ – which involved translating data sheets and successfully building and testing circuits.

GET said: ‘Throughout the unit Kat demonstrated an outstanding attention to detail, always methodical in her work and taking pride in the work she presented’.

First-year Level 3 Engineering Technician, Nora Milkova, works for Brockworth-based vehicle parts maker GTEM and started her course at GET in September 2021. According to GET, 27-year-old Milkova is ‘very keen and self-motivated’ and always ‘striving for perfection’.

GET added: ‘Nora is very willing to assist her peers in both the workshop and academic environment when her peers find some of the work challenging.

‘Nora is eager to learn and a definite role model for apprenticeships and will be an asset to her employer GTEM’.

Connor Galling started his Engineering Technician Level 3 apprenticeship at GET in September 2021 and has already achieved his Level 2+ in electronics.

The 19-year-old Kohler Mira employee impressed staff at GET by using the 3D printer to form parts to support the building of robotic arms and carry out successful simulations.

‘Connor has a strong work ethic and is meticulous in everything he is working on. Attention to detail and problem solving are two strengths. Connor will be an asset to the engineering and manufacturing sector,’ said GET.

Michael Crilley started his Level 3 Maintenance and Operations Engineering Technician apprenticeship with GET in September 2021 and is already being hailed ‘an engineer of the future’.

An employee of Stonehouse-based Customade Group, the 19-year-old completed his electronics Level 2 work ahead of schedule.

He has also been working on the GET1 Robot Project, using a 3D printer to create parts. GET said: ‘Michael is developing really strong electronic skills and is keen to develop. He will be an asset to the business and an engineer of the future’.

Barnaby Aston works for Lydney-based Newspace and is studying towards a Level 3 Metal Fabricator apprenticeship through GET.

The 18-year-old started his course in September 2021 and has worked hard to get the most out of his training at GET, which says he has developed and progressed well since starting.

GET said: ‘Barney has the ability to achieve and now needs to focus on his training. A very hands-on engineer of the future’.

The 19-year-old is in the first year of his Engineering Technician Level 3 apprenticeship and, according to GET, had the skills to complete his milling and turning units early.

GET said: ‘He has proven to be a natural on the lathes and mills and he has a very strong interest in this area of engineering. George is going to prove to be a detailed and very capable engineer’.

19-year-old Alex Taylor started his Engineering Technician Level 3 apprenticeship at GET in September 2021 and is an employee of Stroud engineering firm, LB Bentley.

GET describes him as ‘a very conscientious and keen learner. He has a great work ethic and has volunteered to mentor his peers when necessary.

‘A true team player who will settle in well and thrive in industry’.

When a life-threatening road traffic collision threatened to derail the start of the second year of his Maintenance and Operations Engineering Technician Level 3, James Ashly – who works for Gloucestershire Engineering Training – continued to study hard from home and achieved his Level 3 Technical Certificate within the original time frame.

GET said: ‘James has continually demonstrated an attitude and aptitude well above his own age and his commitment to his apprenticeship and supporting others has set an example for all’.

Outside of his day-job, the 19-year-old is also a qualified Level 4 Cave and Mine Rescue First Aid Responder. He is also shortlisted for UK SME Apprentice of the Year in the upcoming Enginuity Awards on Thursday 17 March 2022.

The 19-year-old is now in the third year of his Engineering Technician Level 3 apprenticeship and on the verge of completing the first year of his HNC. GET describes him as having ‘a very strong understanding of industrial electronics, very approachable and likable, a strong communicator, always eager to develop and learn’ and ‘a major asset to his company ABB and the sector’.

Whilst being furloughed from her job in 2020, 19-year-old Neve Cox completed additional training at GET and is on track to achieve her Level 3 Engineering Technician apprenticeship. An employee of Staverton-based French aerospace giant, Safran Landing Systems Services, Cox is described as ‘a born engineer, demonstrating the passion, know-how and eagerness to learn’.

Now in year four of her course, at the end of her first year she received the GET Award for Best in All Aspect of their Foundation Training and Best Overall Turner as well as Apprentice of the Year at the GTA England Awards in 2019. GET described her as ‘an absolute pleasure to get to know, very positive, proactive and professional’.

Trelleborg staff member, Mags Addyman, is in the third year of her Engineering Technician Level 3 apprenticeship, a course she started in September 2019 after making the decision to transition from a career as an academic to engineering.

GET said: ‘Mags accepts all the challenges within the engineering and manufacturing environment and was always positive and eager to learn as well as help others around her at all times.

‘She is very supportive of her apprentice peers and colleagues both whilst at GET and in the workplace. A pleasure to have at the centre’.

Thomas Payne is in his first year of studying for an Engineering Technician Level 3 qualification at GET and is a staff member at Gloucestershire engineering giant Renishaw.

‘Thomas has maintained excellent standards and worked through any issues,’ said GET.

‘He is very engaged with his learning and communicates well at all levels’.

George Green is year-two of his Level 3 apprenticeship at Gloucestershire engineering giant Renishaw, and training at GET.

The Gloucestershire training centre described the young engineer as ‘performing well in his academic lessons’, with distinctions predicated in some subjects.

‘He is very proactive and forward thinking in his approach,’ said GET. 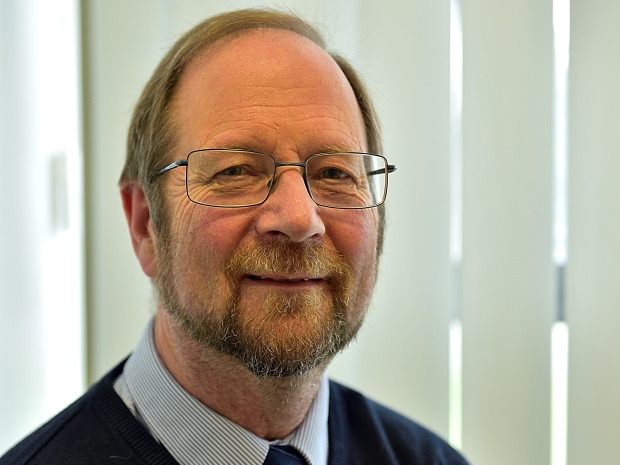 Peter Browne is a staff member at GET and recently completed his Team Leader/Supervisor Level 3 apprenticeship qualification with the training provider describing his willingness to continue to learn as ‘inspiring’.

GET said: ‘He is a dedicated and professional member of the GET team who is supportive of his work colleagues and the staff within his team and keen to pass on his knowledge wherever possible’.