In partnership with BPE Solicitors | bpe.co.uk 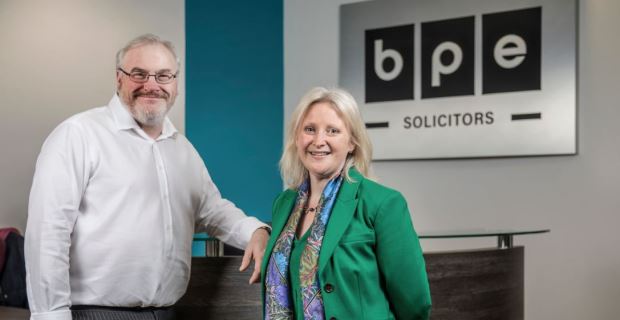 BPE Solicitors is an entrepreneurial Cheltenham-based legal firm working with like-minded businesses and individuals. It aims to support its clients throughout their lifecycle: from starting up and structuring to development through to growth, joint ventures, buying and selling or floating on the stock market.

From public companies and family firms to individual shops and independents selling everything from the essential to the luxurious, Gloucestershire is home to an array of inspiring retail brands.

Celebrating Gloucestershire’s retailers, big and small, SoGlos has teamed up with BPE Solicitors to shine a spotlight on 20 of the county’s standout retail businesses.

A global Gloucestershire brand – and an obvious inclusion in any celebration of county retailers – Superdry was famously founded in 1985 on a Cheltenham market stall by entrepreneur Julian Dunkerton and floated on the stock market in 2010.

Concerns over the PLC’s direction saw Dunkerton return to its board in April 2019 and the business has since rediscovered its direction – with sales for Christmas 2021/2022 up 19.6 per cent on the previous year – aligning itself with a drive to organic and ethically-sourced materials and, importantly, remaining committed to Gloucestershire.

When the pandemic closed its high street stores, Tewkesbury-based fashion brand Weird Fish, which employs 140 staff, was left with only one option – online. When it reopened its shops in March 2021 sales had increased by 108 per cent overall, thanks to an incredible 354 per cent rise in digital sales.

That good news continued and at the start of 2022 it was announcing a further 71 per cent rise in revenues to £35.5 million for the year to 31 December. All a long way from the firm’s roots, when 1993 when a walk along a coastal path in Cornwall inspired former owner Doug Tilling to start the business.

Think ‘butchers and bakers’, then imagine each offering the very best of the best and you might be close to picturing these family businesses from Cirencester.

Both owned by the same family, David and John Hawes refurbished the existing butchers’ shop in Blackjack Street, Cirencester, to include a deli and added Knead Bakery December 2020 and did similar in Tetbury November 2021. It also has a highly regarded farm shop in Love Lane, Cirencester, and owns W. J. Castle butchers’ in Northleach.

5. Don’t Buy Her Flowers in Nailsworth

A post shared by Don't Buy Her Flowers® (@dontbuyherflowers)

The idea for Don’t Buy Her Flowers came to Steph Douglas in 2014 after she had her first baby and was inundated with beautiful bouquets, but felt overwhelmed and unable to cope with looking after them all. What she really wanted was five minutes to herself to drink a hot cup of tea and enjoy a biscuit or three.

By 2017, the business had moved onto Nailsworth Mills Estate, but when the pandemic sent shoppers online, demand surged and it was transformed. In the run-up to Mother’s Day in March 2020, orders were up 600 per cent on the previous year and it has not looked back.

Another county global sensation, Daniel O’Neill was a 26-year-old software engineer when he launched ProCook from the kitchen table of his Gloucestershire home in 1996. At end of 2021 he was floating the business on the stock market valued at £158 million.

At the time of floatation it has just announced a second year of near 40 per cent growth, turning over £53.4 million with profits climbing from £25.4 million to £36.6 million. The Quedgeley-based firm is also a major employer, with an estimated 700 staff, and remains committed to Gloucestershire.

There seems no stopping Highfield Garden World at Whitminster. Pre-pandemic it was turning over £8 million and had 140-plus staff, with the business still managing £6.25 million in 2020 despite Covid-related lockdowns, and was back on the up delivering £7.6 million in 2021.

In August 2021, the family firm revealed it had won planning to invest £1 million in a new planteria, complete with opening roof – adding an extra 3,362 metres squared of retail space.


Archie’s started as a dog-friendly café and canine outfitters, but was forced to close after three years due to the Covid-19 pandemic.

Determined not to give up, business owner Jess Simkiss relaunched as online business Archie’s Dog Outfitters – with the physical store reopening in November 2021 as Archie’s of Cheltenham on Montpellier Walk.

A post shared by Made In Stroud shop (@made_in_stroud_shop)

Not many individual shops can claim to support as many as 180 small businesses across Gloucestershire, but that is exactly what Made in Stroud does – describing itself as ‘an emporium of curious, teeming with food and drink created by local artisans’.

SGGLA independent shop of the year two years in a row, the Made in Stroud movement goes back to 1991, evolving into Stroud’s famous Farmers’ Market in 1999 (launched by Isabella Blow and Jasper Conran). The shop opened in 2000 and is run by Clare Honeyfield and her eldest son Ry Gerbrands.

10. To Have and to Hold Records in Tewkesbury

Like bookshops, while digital has its (increasingly large) place, there’s something special about being able to browse the racks and shelves of a bricks and mortar record store.

To Have and to Hold Records on Church Street in Tewkesbury, is all about delivering that thrill for music fans and despite opening at the peak of the pandemic in July 2020 has become a treasured independent.

In 2020, Gloucestershire independent clothing brand Sara Da Silva announced it was expanding into new premises in Quedgeley, as it set its sights on 300 per cent growth through 2021 – a move expected to see the business exceed a seven-figure turnover.

The firm, run by husband-and-wife duo Sara Da Silva and Simon Monahan, shows no signs of slowing in 2022 either, with its stylish, high-performance leggings, technical apparel and gymwear for women gaining global fans.

Furniture and kitchenware store, Neptune Cheltenham, not only provides customers with advice and inspiration on how to make your home look beautiful, it has everything you need to make it happen too.

Its range covers kitchenware, dining room, living room and bathroom furniture as well as items for the garden – with the business being recommended by retail champions Cheltenham BID because of its efforts to support Cheltenham.

Badham’s Pharmacy is a retailer focused on necessity and community above all else. As well as being a major Gloucestershire business, it is also a family firm – and it received special praise from the likes of Cheltenham BID because of how it adapted throughout the pandemic to make sure those in most need received the support, prescriptions and medication they required.

ThirtySix, run by Chris and Charlotte Roche, is an independent menswear store that has been for trading in Cirencester for more than 25 years, stocking brands from Clarks Originals, Farah Vintage and Fred Perry to Levi’s, Lyle & Scott and Saucony Originals.

The Cirencester Chamber of Commerce described ThirtySix not just as ‘a great business’ – but as ‘a longstanding independent who works tirelessly and has a loyal customer base’.

15. Gardeners Garages in Cheltenham and Gloucester

Gardener Garages’ forecourt retail empire was built from scratch by Clive Gardener, starting with his first freehold garage in 1994. Daughter Emma joined the business in 2000; it acquired three more garages and three off licences in 2003; and added Cheltenham Service Station in 2005, as well as sites including Northwick Service Station in Worcester and London Road Garage in Gloucester.

With retail partnerships with the likes of M&S and Londis and son Ashton joining the business in 2017, Gardeners Garages is another Gloucestershire family success story.

Described as ‘a vibrant visitor centre’ and ‘the arts and crafts capital of the Forest of Dean’, Taurus Crafts has established itself as major visitor attraction for the district and the retail home for numerous independent businesses.

Including Severnside Kitchen, as well as antique and vintages fairs and gift shops, the centre is all run by the Camphill Village Trust. Open daily and operated by a mixed ability team, it also provides work placements and supported employment for people with mental health and learning disabilities.

17. Farrar and Tanner in Cheltenham

If you’ve ever tried to shop for that ‘difficult to buy for’ 40-something male friend or relative, you have probably heard of Farrar and Tanner. Pre-Christmas in 2020, the firm had just 23 staff, but was seeking 40 more to see it through that festive period as demand surged.

Those customers showed no signs of leaving and in November 2021, it was on another push to deliver its biggest Christmas ever. The firm enjoyed growth of 142 per cent in 2021 and is predicting a £10 million turnover by 2024.

18. Farmhouse Deli in Gloucester and Cheltenham

With its headquarters in Northgate Street, Gloucester, family firm Farmhouse Deli also operates a counter and café in Southgate Street and another deli on Cheltenham High Street.

Started more than half a century ago by John Clingan and Derek Meadows, the business is still owned by the Clingan family. The traditional English delicatessen specialises in high quality home cooked hams, home-cured bacon and a range of its own sausages – and now has three generations of the Clingan family working in the business.

The Paperback Shop was founded more than 20 years ago after realising its small chain of bookshops was on the verge of being swept aside by the internet. In 2005, the by then online-only business had moved to its current Cotswold headquarters – and by 2019 turnover had grown to £30 million, in part thanks to its fantastic relationships with 150 different publishers covering 11 million titles, plus suppliers and customers in 18 countries.

A tidal wave of demand ensued when the Covid-19 pandemic sent shoppers online and by early 2021, turnover was fast-approaching £50 million – and growth has showed no signs of slowing.

Brockweir and Hewelsfield Village Shop and Café in the Forest of Dean is testament to the power of community – which in this case has created a true hidden gem of a business. Staffed and run by volunteers, the idea for the enterprise was born when the previous village store closed in 2000, with the shop being officially opened in 2004 by the Prince of Wales, who described it as ‘a triumph of community spirit’.

The community shop includes a café; general store and food outlet; post office; library kiosk; art gallery and IT training suite, all housed in a traditionally-constructed oak building with sustainable technology, including a geothermal heating system.