7 development projects in Gloucester to watch

Gloucester is undergoing a huge transformation with a whole host of projects taking place in the city, including new university buildings, big-name retailers, restaurants, bars and more.

With everything from new university buildings and hospitality destinations to preserving the city’s heritage, there is so much going in Gloucester at the moment.

In this hot list, sponsored by Gloucester BID, SoGlos has handpicked seven of the most exciting milestone projects that are coming to fruition in the city.

About the sponsor – Gloucester BID

Gloucester BID is a non-profit organisation that works to bring locals a safe, attractive and supported city. The business-led group has been in operation since 2017 and supports local independent businesses and companies in Gloucester, working in partnership with them to make the city a more desirable place to live, work and visit.

1. The transformation of The Forum in Gloucester

One of the city’s biggest developments is the £102 million The Forum digital campus project, which officially got underway in August 2021.

The project – which is being described as on a ‘scale and quality unrivalled in the south west’ – will feature 19 apartments; 5,000 square metres of retail space; over 125,000 square feet of office space; a shared workspace club; an innovation hub for ‘digital and incubator businesses’; a four-star hotel; 9,000 square foot gym; restaurants; bars; and a new car park.

Phase one of The Forum development is expected to be completed in the summer of 2022.

2. The transformation of Debenhams Gloucester

One of the most exciting projects taking place in the city – and part of The Forum – is the transformation of the former Debenhams store in Kings Square, which closed after it was bought out by online fashion brand Boohoo.

The University of Gloucestershire was revealed as the new owner of the former department store at the beginning of 2021 and intends to ‘fully refurbish’ the building to create ‘attractive, modern spaces for teaching and learning for students and staff, accommodating the University’s ambitious plans to expand the scale and range of its higher education programmes’.

The university is also looking to work with ‘local partners’ to allocate part of the ground floor space for dual-use, giving the community access to its city-centre facilities. It hopes that phase one of the project could open as early as September 2023.

3. The transformation of King's Quarter in Gloucester

The multi-million pound transformation of King’s Quarter is also part of The Forum and will see 43 apartments built above business and retail premises as part of the project. Plans include 13 one-bedroom, 23 two-bedroom and two three-bedroom apartments, as well as roof-top gardens which will feature incredible views of the historic Gloucester Cathedral.

Work has already begun on the project, which is being carried out by city construction firm and SGGBA Family Business of the Year, EG Carter, with work due to be completed in 2023.

4. The transformation of The Fleece in Gloucester

Around four years after it was destroyed by a fire, Westgate Street’s The Fleece is being rebuilt by Dowdeswell Estates — the building contractors behind the likes of some of Cheltenham’s most famous buildings, including Julian Dunkerton’s Lucky Onion hotel projects.

The 15th century timber-framed building has already welcomed revellers back with the launch of its new outdoor venue, The Outdoor Inn, which occupies the hotel’s former car park. Preparatory work has begun on the interior of The Fleece, but it’s not clear when the full transformation is set to be completed.

5. The transformation of BHS Gloucester 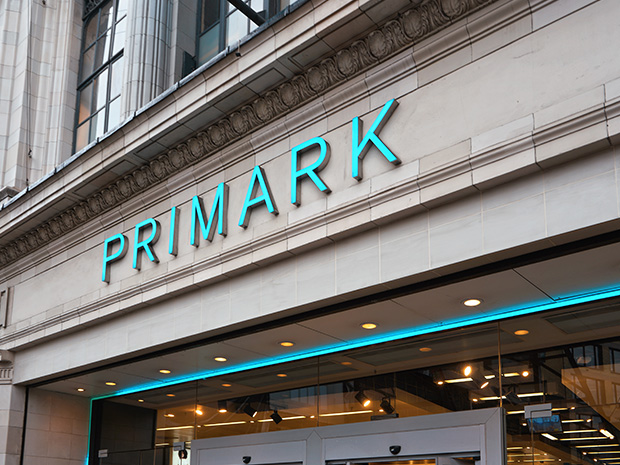 Bring on the brown shopping bags! Work to totally transform Gloucester’s former BHS store into a shiny new – and far larger – Primark store for the city looks to be nearly complete.

While no opening date has been confirmed yet, signs have already appeared outside the former BHS store, with the haven for budget fashion expected to open in King’s Walk in the autumn of 2021.

6. The transformation of Gloucester Food Dock

One of the most highly anticipated projects currently underway in the city is Gloucester Food Dock. The £3.5 million development will cover 20,000 square feet, creating a home for 15 new independent food and drink venues on the waterfront.

The project, which overlooks the Victoria Dock marina, hopes to attract an exciting, eclectic mix of artisanal food operators creating the equivalent of 120 jobs and could be ready to open by late summer 2022.

7. The transformation of Hartpury University

The University of Gloucestershire isn’t the only one expanding, as Hartpury University and Hartpury College is set to get a new £5 million catering conference venue. The official ceremony to mark the commencement of work takes place this September 2021.

Once complete, the college will have a two-storey, 2,347 square metre sustainable building, which will include space for teaching, external seminars and conferences, as well as a bar and cafe to support social and dining events.

From world-famous antics such as the Cheese Rolling to more quietly quirky county traditions, SoGlos takes a look at the craziest...

Nothing beats a day at the seaside, with SoGlos digging around to discover some of the best places to sunbathe and build sandcastles...

Pass the popcorn! From cinema under the stars to screenings at stunning stately homes, SoGlos has selected 7 magical places...

11 organisations to go to for advice on starting a business

Gloucestershire is blessed with groups that can help when it comes to setting up a business. SoGlos has teamed up with one...

With everything from Espresso Martinis and Gin Fizz to Unicorn Tears and Blue Peacocks, we’ve rounded up some of the best cocktail...

Find out about fostering

Wild Weekends at Over Farm

Win an exclusive afternoon tea experience at The Garden at Miserden