Despite the impact of the pandemic, some Gloucestershire businesses have expanded at an astonishing rate – with acquisitions, huge leaps in profit, new premises and new systems all notable achievements. 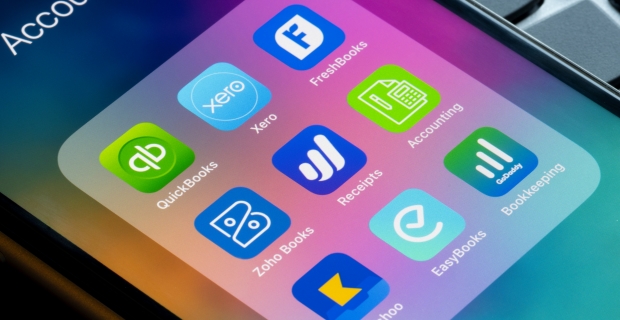 Gloucestershire based BookCheck has grown to a team of 64 in delivering top quality Xero bookkeeping with monthly accounts. It’s all focussed on boosting profitability – measuring, targeting and improving. This is supported by highly skilled expertise in migrating to Xero then assisting with add-on efficiency development which is often transformational.

Whether they adapted, embraced digital, acquired other firms or simply forged ahead, some Gloucestershire businesses have managed to significantly grow despite the pandemic.

SoGlos reveals nine shining examples of rapidly expanding organisations, with substantial achievements during the most difficult of times.

When Mark Stewart first received feedback on his motorised remote control golf trolley he was advised it was not a ‘viable’ business idea.

How wrong his critics were. Pre-Covid-19 Stewart Golf was already a Queen’s Award winner for exporting and in the early pandemic sales to the US quadrupled to reach $2 million (£1.45 million) in the first half of 2020.
Staff numbers at the Quedgeley-based manufacturing business grew by 60 per cent to cope. Stewart Golf also won the International Business of the Year award at the SoGlos Gloucestershire Business Awards 2021.

Slade School of Fine Art in London graduate, Emma Willis, was working to make a name for herself as a portrait painter and singer in the capital in the 1980s while selling shirts door-to-door in the City to pay her way.

That was until she landed an order for 100 shirts in one morning from stockbroker Kitcat & Aitken. Today her ‘Emma Willis’ luxury shirts sell from an exclusive Jermyn Street shop in London.

Sales have doubled through the pandemic and, in January 2022, she revealed the business had bought its headquarters, the 18th Century Bearlands House in Gloucester city centre.

Bailie Group’s most recent accounts describe CDS DS as an engineering consultancy supporting the defence industry with contracts in the MOD giving it resilience through the pandemic.

It has also developed its work as a consultancy to all businesses and its ‘roster of capabilities’ now include support engineering, training and learning development, operational support and cyber security and information assurance services.

Sales were up 21 per cent in the year to February 2021 (from its last available financial report) with its Most Wanted wine brand seeing a rise 63 per cent over the same period.

It is a success which saw the Gloucestershire firm, which supplies the off-trade, become the fifth fastest growing top 50 still wine brand in the UK, up 10 places to 28.

In possibly the most modest summary of a business’s performance you will find for the period covering the core of the pandemic, Highfield Garden World described its increase in turnover as ‘satisfactory’.

Despite the challenges of running a retail business and restaurant through a period hampered by lockdowns and social distancing rules, the Whitminster family firm increased taking from £6.25 million to £7.6 million.

Fast-growing Cheltenham firm managed IT firm, ReformIT announced in July 2021 it had acquired Grafx Digital Technologies, as it continued to grow its customer base in Gloucestershire and beyond.

Grafx, also based in Cheltenham, has been serving clients across the south west for 30 years, looking after businesses using both Microsoft Windows and Apple products.

ReformIT, 17 years its junior, has grown significantly over the last five years under managing director Neil Smith who said the business now boasted ‘a phenomenal set of skills and experience across both Apple and Microsoft based technologies’.

Paul Rogers designed industrial kitchens before coming up with what is credited with being ‘the world’s first air-cooled computer server room’.

It is this technology which saw the launch of Cheltenham-based Bladeroom, which makes high performance modular buildings for data centres, hospital theatres and pharmaceutical labs.

Dental firm Portman Healthcare revealed its ambitious takeover strategy and annual turnover grow by £3.9 million – despite it being closed to patients for much of that time.

Wealth management firm and arguably the county’s ‘biggest business’ on paper, St James’s Place revealed in January 2022 its funds under management hit a record £153.99 billion in its fourth quarter, as it brought in £2.91 billion pounds of net new money.

‘Total net inflows’ of funds during 2021 came to £11.04 billion, representing 8.5 per cent of opening funds under management.