A full-time archivist who receives, records and displays Cheltenham Ladies' College's incredible collection of historic treasures, Rachel Roberts talks to SoGlos about the archives and the amazing glimpse they can offer into the town's past.

Discussing her responsibilities for collecting, recording and displaying the archives, what insight they offer into the school’s history and the impact of WWI in Cheltenham, and the item she’s found most interesting, Rachel talks all-things history with SoGlos. 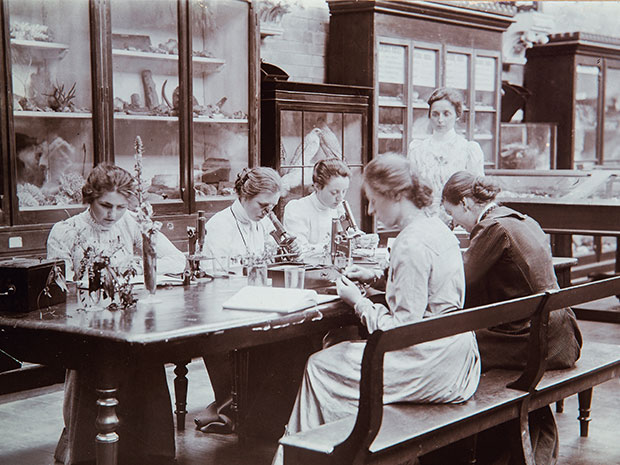 Can you tell us a little bit about your role at Cheltenham Ladies’ College?

At CLC, we have some important evidence documenting the school’s role in pioneering girls’ education over the last 160 years. As College Archivist, I make sure the archives are indexed and kept in secure and appropriate conditions to ensure their long-term survival, as well as maintaining a museum of items from the original teaching departments and buildings.

What do the CLC archives contain?

There is an amazing selection of scientific apparatus, as CLC was one of the first girls’ schools to teach the sciences. There are also over 5,000 items in our autograph collection, containing letters from Dickens, Churchill and King Charles I.

We have many antiquarian books, including children’s books from former Principal Dorothea Beale’s own collection. We also hold legal records relating to the estate, building plans, photographs, postcards, cine film and electronic media, teaching documentation and records of certain pupils and staff, and much more.

We continue to receive many items donated to us by former pupils and their families, such as photograph albums, school exercise books and items of school uniform such as dresses, coats, hats, badges, scarves and sports equipment. 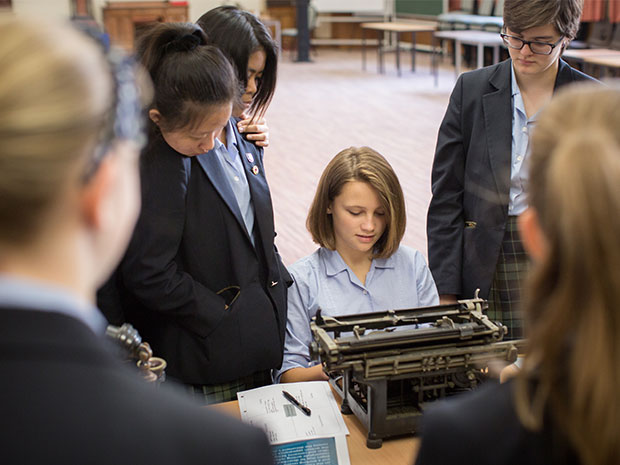 Personally, what do you find the most interesting about the archives?

As Dorothea Beale could not initially get the standard of teachers that she needed, she set up her own teacher training college at CLC to train girls who had an aptitude for such work and she was then able to employ them.
The archives tell us that she received many requests to recommend teachers, who went out to Canada, Australia, New Zealand and Sri Lanka to found schools based on the Cheltenham Ladies’ College model.

We can trace most of these former educational students in the archives and it is fantastic that we are still in touch with many of the ‘daughter schools’ they founded. It is also interesting to see that, as a pioneer of women’s education, CLC’s educational DNA was a global ‘brand’ long before the 21st century.

What insights do the items offer in Cheltenham’s history?

The archives can tell us much about the history of education in Cheltenham. Cheltenham Ladies’ College was initially started by a group of men involved in running the boys’ college and was to be a ‘proprietary’ school, financed by an issue of 100 shares at £10 each, with every shareholder having the right to nominate a pupil and a vote at meetings.

Due to its popularity as a Regency spa town, Cheltenham had already experienced strong population growth and it became a favoured residential place for the professional classes. Our early nomination registers bear this out, as many of these families wanted their daughters to be educated to as high a standard as their brothers. 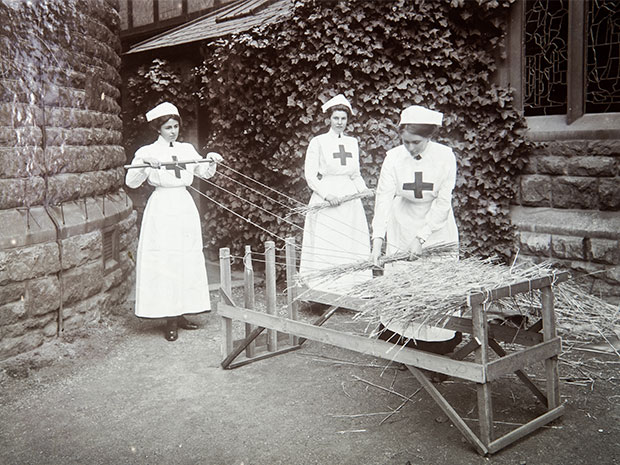 What do the archives reveal about the war in Cheltenham?

The archives tell us a lot about the female response to the war effort. Many brothers and fathers of pupils had enlisted to fight on the Western Front and it often fell to Principal Lilian Faithfull to break the sad news that a close relative had been killed.

At Cheltenham Ladies’ College, Red Cross training for the girls had been taking place from as early as 1910. Miss Faithfull recognised that CLC had a great deal to contribute to the war effort and organised the girls and staff to help in practical ways, including setting up VAD hospital St Martin’s, in a former boarding house on Parabola Road, to treat wounded soldiers returning from the Western Front.

A college ‘war workshop’ was instituted and thousands of knitted clothing items were made for the soldiers, as well as comfort boxes which were dispatched to men at the front and the Royal Navy, with the contents ranging from mittens and electric torches to chocolate and tobacco.

CLC girls also made much-needed periscopes in science lessons, sorted rubbish for reclaiming and grew vegetables on the games field, while the chemistry laboratories were used to make anaesthetics. A War Fund appeal raised money to supply X-ray apparatus to treat the wounded, and staff members gave up holidays and weekends to work shifts in St Martin’s Hospital. Many former pupils were also on active service in hospitals or helping to fill in the workforce gaps left by men serving in the armed forces.

Can you tell us about the ‘Gloucestershire Remembers WW1’ project?

This project is part of the overall ‘Cheltenham Remembers’ project. CLC will be producing a Key Stage 3 teaching pack looking at the female contribution to the war effort, using the CLC archives as evidence. The pack will focus on the lasting effect the war had on female emancipation and the increased participation of women in the workplace.

We are also contributing to an exhibition, which will detail the CLC contribution to the war effort, entitled ‘A Chronicle of College War Work’. It will include the recreation of a ward from St Martin’s Hospital in Parabola Arts Centre and will be open from Monday 14 to Friday 25 May 2018, 10pm to 3pm (closed on Saturday afternoon and Sunday). 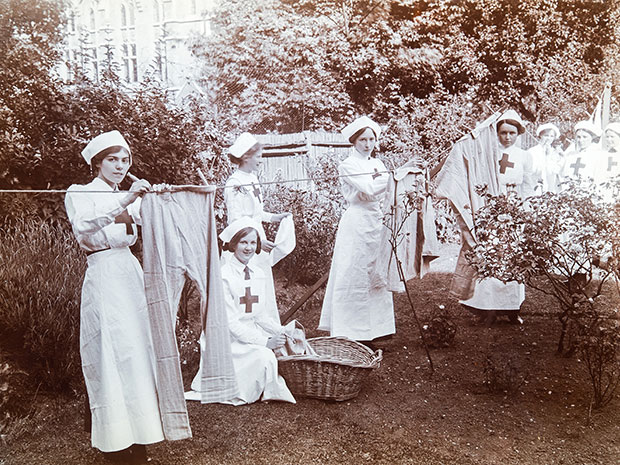 And finally, what has been your favourite and most interesting archive item to date?

My favourite archive series is a group of albums produced by the girls in the late 19th and early 20th centuries, known as ‘friendship albums’.

The girls would ask each of their friends to sketch a scene, or include a poem or saying, which would remind them of that particular friend. Some of the albums contain illustrations and original work of a very high standard and they are a delight to look through.

Naylor Powell expert insight: Everything you need to know about the Stamp Duty Holiday extension

The Budget 2021 has revealed that the Stamp Duty Holiday is being extended until September 2021. Whether you’re looking to...

Rarely has so much speculation come before a Budget – mainly about how the chancellor will recoup the £300 billion spent so...

David Walliams reveals what fans can expect when the live production of his popular book, Billionaire Boy, comes to Cheltenham...

Salus Cyber expert insight: How to tell if your vulnerability management is effective

Vulnerability management is the process of identifying, evaluating, treating and reporting on gaps in your systems and software...

The @Everymanchelt is reopening this summer with three big shows and WE CAN’T WAIT! 🕺💃🕺 soglos.com/theatre/49527/…

What a nice chance to support Cheltenham charity @WellChild 🐎 twitter.com/cheltenhamrace…

When Gloucestershire’s restaurants, pubs, shops and attractions are expected to reopen

21 exciting things to look forward to in Cheltenham in 2021

A huge new department store is opening in Stroud