EXCLUSIVE: First look inside Float in the Forest

Gloucestershire’s brand-new flotation centre is opening its doors this weekend. Float in the Forest invited SoGlos for a first look at its state-of-the-art floating tanks.

Offering the ultimate escape from stress and a complete switch off from technology, Gloucestershire’s first dedicated flotation centre opens its doors to the public on Sunday 24 February 2019.

Float in the Forest is a purpose-built facility where users can enjoy an hour of relaxation and contemplation whilst they float in water, saturated in Epsom salts.

Located five minutes from Lydney on the Princess Royal Industrial Estate, between Whitecroft and Bream, the centre is the brainchild of Shari Vandervelde and Will Griffin, who have been passionate about floating since 1999, before settling down in the Forest of Dean in 2011. 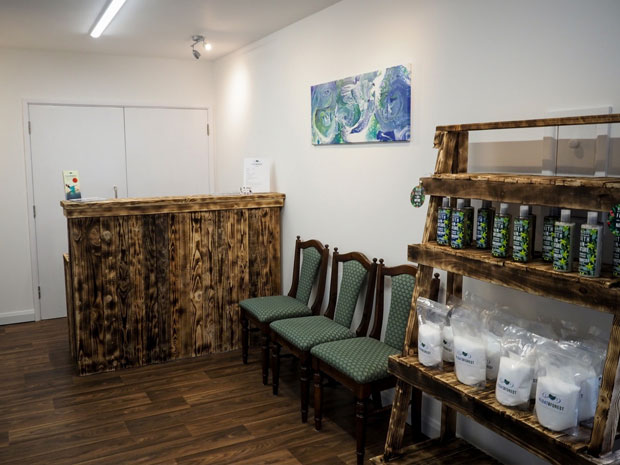 Guests are welcomed into the calming reception space, greeted by paintings by local fluid artist Monique Oliver, who is also using the space as a gallery.

Before a float, visitors are taken on a tour of the centre where they’re introduced to the relaxation room, mirror room to beautify after their treatment, and at the end of a long corridor, the two flotation pods.

Speaking exclusively to SoGlos, Shari Vandervelde explained that the layout was very important. ‘We want people to feel like the further they step into the centre, the more relaxed they get.

The state-of-the-art pods can be used with the door open or closed, which is a particular benefit to those concerned about feeling claustrophobic.

Each float room features both music and ambient light, designed to create a calming mood before taking part in the holistic treatment.

Guests begin their session by having a shower in the wet-room style private bathing facilities in each float room, before climbing into the flotation tank.

Soft music marks the start of a float, then returns to let visitors know it’s time to start getting out again. They then take a second shower to wash off all the salt leftover from the float, before getting dressed and moving to the relaxation room. 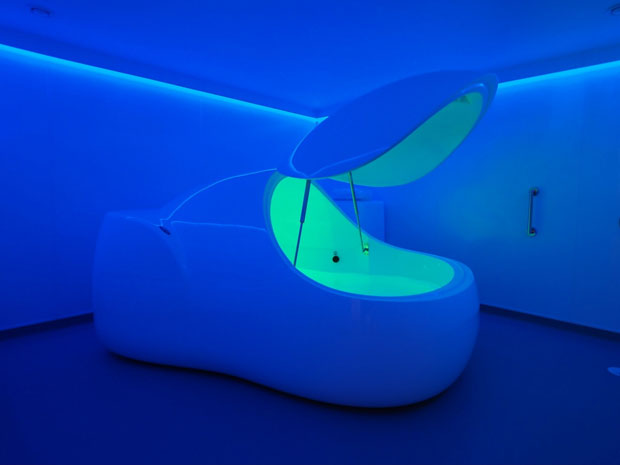 Shari explained that they hope people lose track of time when they visit the centre. ‘We don’t want people to rush off after they’ve had their float. We encourage them to stay and use the relaxation room, and if they wish, talk to us about their experience.

‘It’s lovely to hear how people have found the treatment, but we have to resist the urge to ask people as it can be a very personal experience. Every float is different, and how you experience it can depend on how your body is feeling or how your mood is.’ 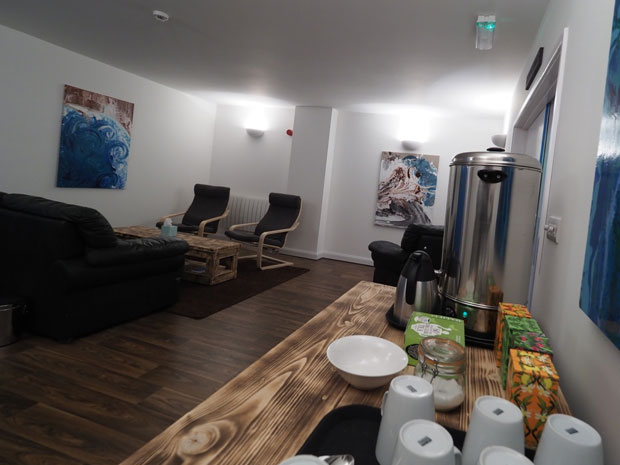 The centre is hosting a private launch party on Saturday 23 February 2019, before opening its doors to the public the following day.

Shari continued: ‘The location for the site is lovely, although it’s an industrial estate, it opens out onto woodland so users are on the edge of nature. It means they can leave the facility continuing that blissful feeling as they step out into the woodland.’

East Glos Club is celebrating being named a finalist in the Club of the Year category at the 2022 LTA Tennis Awards, beating...

A landmark moment in the £3.5 million development that is Gloucestershire Food Dock has been reached, with the owners able...

The Gloucestershire route for the Women’s Tour has been revealed

World-class road cycling will be coming through Gloucestershire this summer, when the Women’s Tour takes its first race route...

Don’t miss the chance to show your support for your favourite Gloucestershire restaurants, cultural venues, attractions and...

One of Gloucestershire’s most celebrated and admired hotels, Cowley Manor, has been sold to French hospitality group, Experimental...

10 ways to update your outside space with outdoor fabric