A gripping drama that sets the personal against the political, The Winslow Boy follows one father's fight for justice. Putting morality on the stand, Terence Rattigan's play explores how a minor mishap can have major consequences, offering hope amongst the hypocrisy and a lesson we can all learn from.

A powerful play that encompasses elements of comedy, disaster and hope, The Winslow Boy offers a compelling revival of Terence Rattigan's classic drama, raising issues that remain as relevant as ever in today's society. 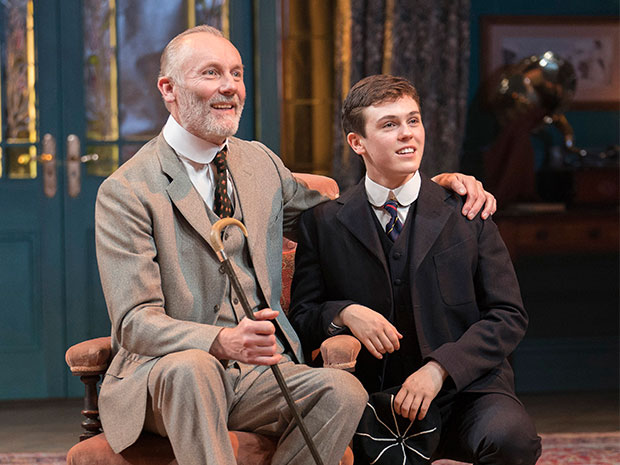 Based on the true story of George Archer-Shee, who was accused of stealing a five-shilling poster order in 1908, Terence Rattigan's family drama The Winslow Boy cements its reputation as a classic that stands the test of time.

Comprising issues such as feminism, social class and family ties, the story sees Arthur Winslow (Aden Gillett) fight for justice when his son, Ronnie (Misha Butler) is accused of theft; acquiring the services of formidable barrister, Sir Robert Morton (Timothy Watson), he takes on the Admiralty to clear Ronnie’s name.

Opening into the Winslow’s beautiful living room which conjures the image of a happy family with a comfortable position in society, the play begins with some light-hearted conversation and pleasant family interactions.

Raising continual laughs from a delighted audience, the scene is set for a pleasant family saga complete with doting mother Grace Winslow (Tessa Peake-Jones) and bustling maid Violet (Soo Drouet) – which only makes the accusation of theft and consequential heartbreak all the more shocking.

One man against the masses 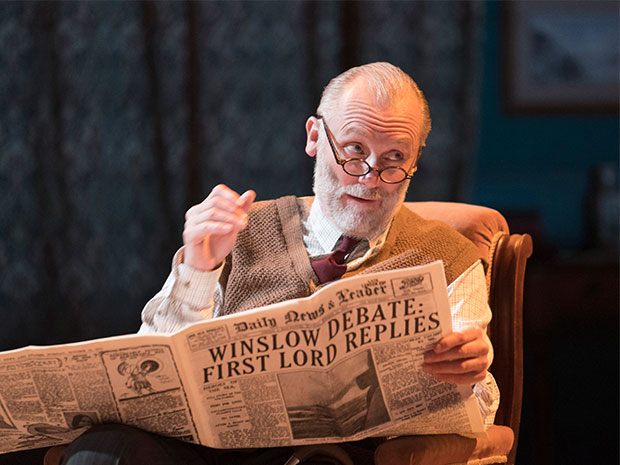 Interspersed with moments of comedy and romance, The Winslow Boy provides the perfect balance of drama and light-hearted relief to ensure that audiences remain gripped as the story unfolds.

With an amazing cast and simple yet effective direction, the audience is led to care for each character’s individual battles. In particular, Catherine Winslow’s (Dorothea Myer-Bennett) involvement with the suffragettes and turbulent romance enhance the main storyline and introduce other societal issues.

What’s more the perfect firm-yet-caring patriarch, Arthur Winslow’s dedication to his son is powerful and inspirational; it’s impossible not to be moved as you see Arthur’s health deteriorate as the drama develops. 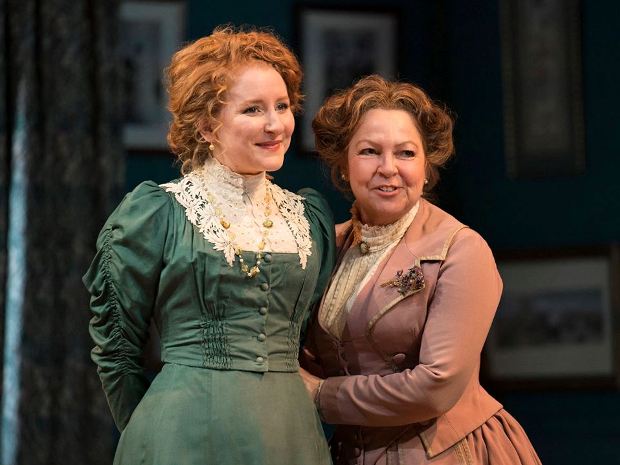 The Winslow Boy keeps audiences captivated from the first scene to final curtain. With the action taking place solely within the family home, it’s set apart from a courtroom drama and keeps the focus on the Winslows, using their individual experiences, dilemmas and tragedies as a microcosm of societal issues of the era.

Thanks to Rachel Kavanaugh’s excellent adaptation and a flawless cast, the play is somehow humorous, tragic and uplifting at the same time.

And a large part of its appeal is due to its boundary-crossing genre – on the one hand a family saga, on the other a legal drama. Whether you’re interested in history, politics, or simply great theatre, this incredible adaptation has something to appeal to the masses.

Famed for his villainy on The Archers, Timothy Watson is simply brilliant in the role of barrister, Sir Robert Morton. In particular, his interrogation of the poor Ronnie Winslow was a delight to watch and commanded the stage with a sheer force that emanated throughout the theatre.

Although Terence Rattigan’s play is set in London, The Winslow Boy has Gloucestershire ties that add something special and interesting for local audiences. For those interested in the play’s historical context, a read-up about the real George Archer-Shee and his commemoration in Woodchester is sure to add another layer to Terence Rattigan’s rich drama.