A Christmas Carol at The Barn Theatre review: Theatrical, funny and utterly magical

A magical #BuiltByBarn production, The Barn Theatre’s adaptation of A Christmas Carol injects new life into the Dickens classic – an absolute must-see this season.

A refreshing take on the Dickens classic

On our approach to The Barn Theatre, my friend and I were welcomed by a lovely group of carol singers, dressed in Dickensian costumes and singing classic carols alongside an illuminated Christmas tree. Sprinkled with a dusting of snow, our welcome was wonderfully festive, setting us up for the evening ahead.

After mince pies and mulled wine, we took our seats in the cosy and intimate theatre, the stage set up for the first scene. Even from the very first line, the audience was hooked on Scrooge’s one liners and witty remarks. Played by Patrick Ryecart, who has starred in productions such as The King’s Speech, Netflix’s The Crown, and BBC’s Poldark, Ebenezer Scrooge was everything you’d expect – grumbling and groaning at the very mention of Christmas. What I particularly enjoyed, however, was Ryecart’s personable take on the cranky character, occasionally glancing towards the audience, Morecombe-and-Wise style.

This refreshing new take on the Dickens classic, written by Alan Pollock, delves deeper into Scrooge’s past, shedding light on exactly why Scrooge is particularly, well, scrooge-y at this time of the year. Opening the character up in this way exposed moments from his childhood and teenage years, offering a deeper understanding of who Scrooge really is. 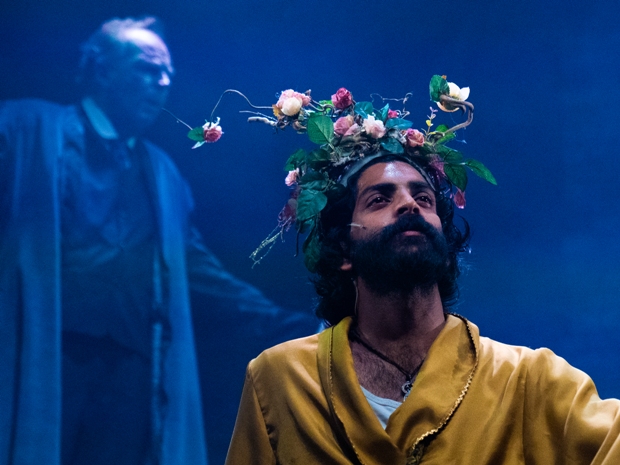 My friend and I were struck by the sheer talent of the ensemble cast, who narrated the plotline while performing musical interludes. Seamlessly switching between acting, singing and playing musical instruments, they kept the whole auditorium engaged, and an applause erupted from the audience when they performed a clever magic trick, again injecting new life into the classic play.

From a solemn recital of ‘In the Bleak Midwinter’ to a cheeky and upbeat rendition of ‘One Man’s Trash (is Another Man’s Treasure)’, the songs throughout the show were brilliantly executed and certainly got feet tapping under seats. 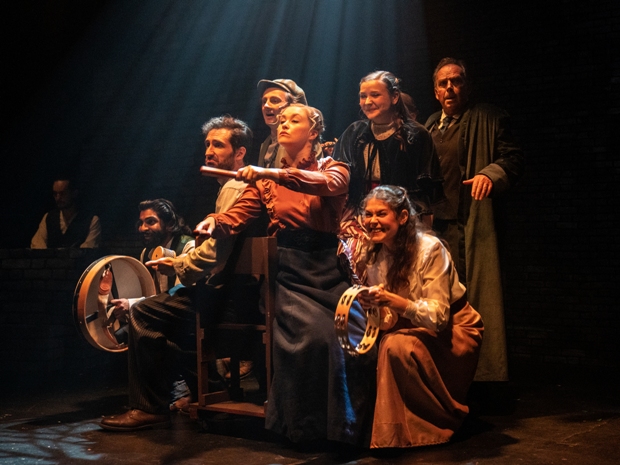 The youngest cast member, Georgia Dibbs, who played both the ghost of Christmas past and Tiny Tim, definitely got a few ‘ahh’s from the audience as her enthusiastic performance brought both characters to life. 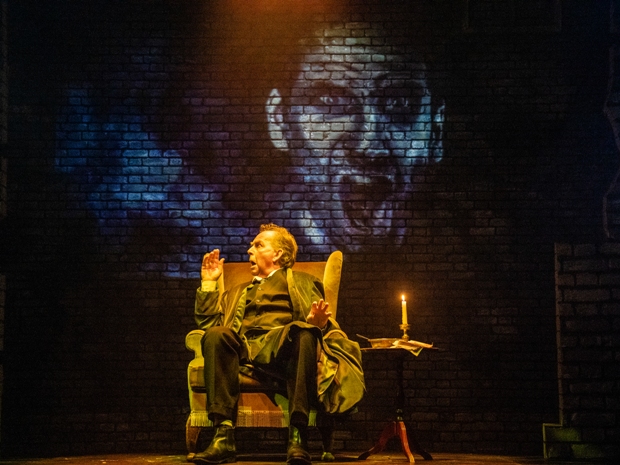 During the interval, my friend hit the nail on the head when she remarked, ‘the set is just so good – I feel like I’m up on stage with them’. Featuring clever projections, atmospheric lighting and moody smoke effects, the theatrical performance was heightened by the creative use of the stage. The giant ghost of Christmas future puppet was epic and seemed to appear from nowhere, disappearing again, as if by magic.

Another fantastic production in the #BuiltByBarn series, The Barn Theatre in Cirencester never fails to impress and, with actors worthy of national stages, this production of A Christmas Carol is not one to be missed this year. As the cast members took their final bows, they received a well-deserved standing ovation. It’s safe to say my friend and I – and no doubt many others in the audience – left the theatre with a warm, Christmassy feeling.

It's been another great day racing at The April Meeting, here are some of our Best Turned Out! 🏇 Thank you to tod… twitter.com/i/web/status/1…

Business help: How to choose the firm to look after your company’s IT. #glosbiz #BackToBusinessGlos @ReformITChelt… twitter.com/i/web/status/1…