SoGlos takes a look at the Gloucestershire organisations who are celebrating major milestones in 2022, to celebrate 60 years in business for family firm Cleevely Motors.

In partnership with Cleevely Motors | cleevelymotors.co.uk

Cleevely Motors is a family run, local business, trading since 1962 and a member of the Retail Motor Industry ‘Trust My Garage’ scheme. Customer service is core to the business and during any repair the team is always open and clear in its communication to customers.

Cleevely Motors services and repairs a range of domestic and commercial vehicles, as well as classic cars and sports cars. Staff are qualified in EV and Hybrid vehicle maintenance and can offer advice about using and owning an electric vehicle.

Gloucestershire is home to a variety of thriving businesses marking some terrific anniversaries in 2022. SoGlos rounds up 14 of the fantastic high achievers going from strength to strength.

From charities to a hugely successful women’s football club – 2022 is set to be filled with plenty of impressive celebrations. 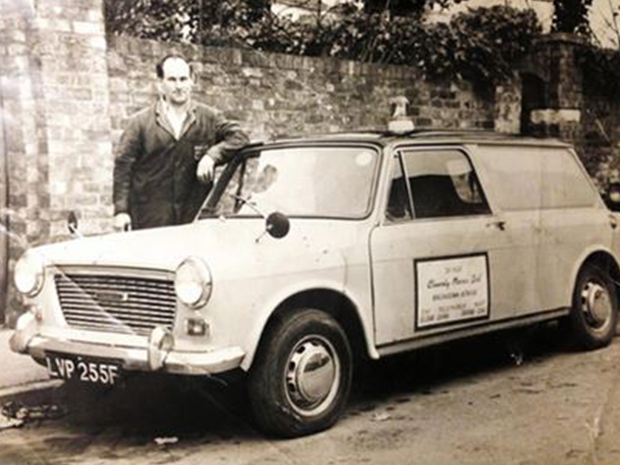 Firing up the ignition of the business back in 1962, it has seen huge changes in the motor industry and with the launch of Cleevely EV, it is firmly at the front of the electric revolution.

Founded by Dowty’s engineer John Cleevely, the thriving family business has been passed down to the third generation with Matt Cleevely taking over the reins from John’s sons Alan and Shaun. 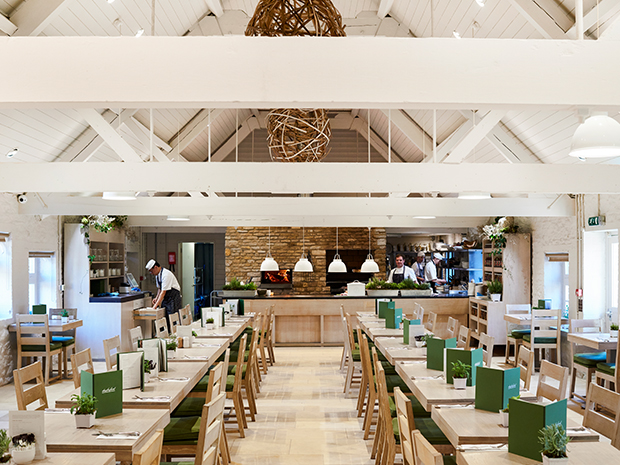 Back in 2002, Carole Bamford recognised the benefits of organic farming and set up her first organic café in Kingham near Stow-on-the-Wold.

Twenty years later, she has four further cafés in London as well as popular food, plant, clothing, interiors and spa outlets in Gloucestershire and the capital.

In 2022, to mark the 20th anniversary of her first café in Gloucestershire, she will be hosting a two-day harvest festival with food cooked from fire pits and barbecues as well as cookery demonstrations from guest chefs. 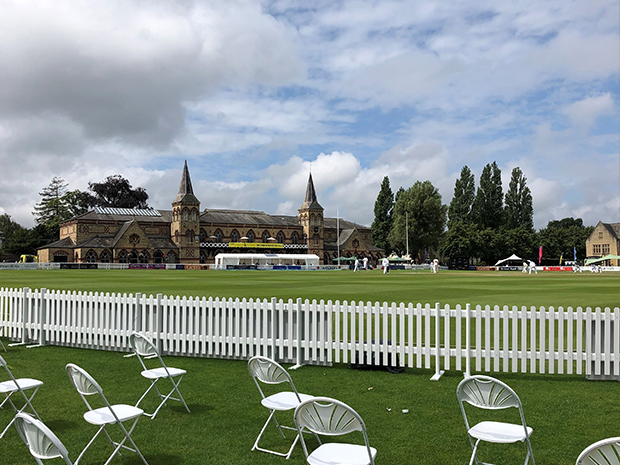 Gloucestershire has been playing at Cheltenham College since 1872, when James Lillywhite set up the first match against Surrey, which was won by county players.

To mark its 40th anniversary, members are striving to raise half a million pounds to buy the Gloucester building that the charity is based in.

Barbican House in Gloucester is in need of a revamp and members of the charity hope fundraising will enable them to keep educating music lovers from across Gloucestershire.

Founded in 1982, Naylor Powell is one of Gloucestershire’s longest established estate agents.

Over the course of 40 years, they have sold tens of thousands of houses and their team now exceeds more than 30 members of staff. They recently marked their anniversary with an 80s themed birthday party.

In a few weeks, we'll be stepping up to our 75th year in business!?? Our #anniversary coincides with some exciting office improvements, including moving our reception to a new location in our premises at 34 Imperial Square. Watch this space! #throwbackthursday #willans75 pic.twitter.com/MI6ZUEgjXf

Founded in 1947, current staff have more than 561 years of experience between them.

Based in Cheltenham and advising on UK law, the popular solicitors has established itself as a respected authority in legal matters.

Taking on personal, charity and business cases, the forward-looking firm has also recently launched a global arm to its business with Willans Data Protection Services.

The Property Centre was established in July 1997 by Steve Jones and Stuart Nash in Tuffley, Gloucester.

Within a year they opened their Quedgeley branch and since then, the company has continued to expand.

We are very proud of all our female players, coaches, volunteers and supporters at City of Gloucester WFC

Here are just some of our amazing players ????????#BreakingTheBias pic.twitter.com/CJHRGb4H4X

A push to get women to the forefront of the beautiful game has seen membership to Gloucester WFC soar.

Boasting 130 members and nine teams from under eight girls up to a women’s team, the club will mark its 25th anniversary with a charity match on Saturday 18 June 2022.

Previous players in The Legends team will take on the current women’s team, for friends and family to cheer on. Proceeds raised will go to the James Hopkins Trust.

Now based at Wall’s Club in Barnwood, Gloucester WFC spent most of its 25 years at Tuffley Park. During that time, it’s had lots of successful players moving to national level, most notably former player Grace McCatty going on to play in the Champions League for Bristol City.

The Gloucestershire children’s charity was founded in 1992 by Peter Hickman to raise money to fund a new children’s hospital for the county.

It opened at Gloucestershire Royal Hospital in 2004 and since then the charity has raised millions to supply equipment to special schools across the county.

This year, 30 county firms are helping raise £100,000 to mark its special anniversary. Those getting behind the fundraiser include Cheltenham College, Gloucester Rugby, John Lewis and The Ivy.

10. SoGlos marks its 15th year with a brand-new look

Back in 2007, two intrepid journalists, Michelle and James Fyrne, returned to Gloucestershire from the heat of Dubai with a business plan on the back of a napkin. The rest is history.

Fast forward to 2022 and thanks to an investment worth hundreds of thousands of pounds; SoGlos is set to reveal some particularly exciting developments in the coming months.

With its largest ever team of journalists covering more breaking news and business success stories from across the county than ever before, SoGlos is going from strength to strength. It’s set to be a year to remember!

This independent boarding school in Stonehouse, set in 52 acres, was founded in 1882 by GW Sibly.

From a beginning with classes taught by the man himself, it now looks after around 700 youngsters within a nursery school for two to four year olds, a preparatory school for four to 13-year-olds and a senior school for 13 to 18 year olds.

Known for encouraging independent thought and a pioneering spirit, inspired by the thinking of 14th century philosopher John Wycliffe, the college is proud of its rich history and its drive to encourage pupils to be themselves.

A post shared by The Brewery Quarter Cheltenham (@thebreweryquarter)

Cheltenham’s Brewery Quarter has matured and improved with age as it celebrates its 16th anniversary year with not just one new opening but three!

From a semi-derelict site back in 2006 through to a packed-out hotspot today, this year has also seen Flight Club, Pho and BrewDog all open their doors at the centre.

Managed by Martin Commercial Properties since 2010, it has blossomed into a regional entertainment destination that attracts five million visitors each year.

Hosting a wide range of businesses from a hotel to crazy golf and bowling, as well as cyber space Hub8 and brand specialist SLG, The Brewery Quarter also hosts its own Christmas lights switch on.

With a range of outdoor live music events throughout the year, it’s become a social hub for Gloucestershire and beyond.

Celebrating a decade of fun, this popular children’s holiday club provider has grown from its first Cheltenham-based camp in 2012 to organising 22 clubs across the county in 2022.

Clocking up award wins and now welcoming more than 750 youngsters to its kids’ club, Atlas Camps is a source of huge pride for its two founders, James Harber and Dan Tanner, who now employ a leadership team of half a dozen alongside their much-loved camp hosts.

They’ve been around since 1932 and in that time they’ve build a solid reputation built on trust.

Offering mortgage services and wealth management for individuals, the firm also looks after pensions and benefits for businesses.

In its 90th year, staff at the Gloucester-based office are on a huge fundraising drive, striving to raise £22,000 for charities across Gloucestershire.

Follow SoGlos on LinkedIn and sign-up to the weekly SoGlos Business newsletter for the very latest Gloucestershire business news stories.

11 artists from Cotswold galleries you'll want in your home

With everything from animal sculptures to captivating landscapes, introducing some artwork is the perfect way to spruce up...

Whether you’re planning a day out for a group of foodie friends, or looking for an alternative experience for date night, this...

10 top things to do in Gloucester

Visit Gloucester’s historic cathedral or cheer on the famous Cherry and Whites – with SoGlos rounding up 10 top things to do...

Key Gloucestershire business events for your diary in July 2022

From exclusive leadership gatherings to many people’s favourite networking event of the year, Cheltenham Cricket Festival,...

From renovation projects to multi-million-pound piles and everything in between, SoGlos’s Gloucestershire property series...

Businesses vote to give Gloucester BID 2cnd 5-year term and £2 million to invest in the city.… twitter.com/i/web/status/1…