A hidden palm garden and a natural swimming pool framed by a wall of hundreds of wine bottles are just some of the surprising features in a new book, Kingcombe Garden, set to be released in May 2022.

The late Sir Gordon Russell was famed for his furniture design, but it is his garden that is the focus of a new book, Kingcombe Garden, due to be released on Wednesday 11 May 2022.

The book captures five years of restoration at the 11-acre Chipping Camden garden by artist and gardener Leigh Glover and it details his surprising discoveries along the way.

It features Italian steps with a water feature spilling down concrete troughs alongside them, pools and cascading ponds as well as a new bridge that mirrors stone carving details in the house. 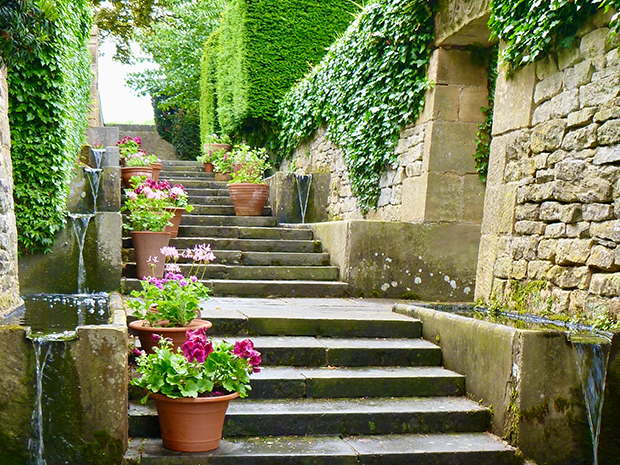 A towering turret still stands that Russell designed for his grandchildren to fly a flag from, as well as huge terracotta pots he created.

And a yew topiary of a peacock that has grown so plump over the years that visitors claim it resembles a turkey, has now been affectionately renamed a ‘perky’ topiary. 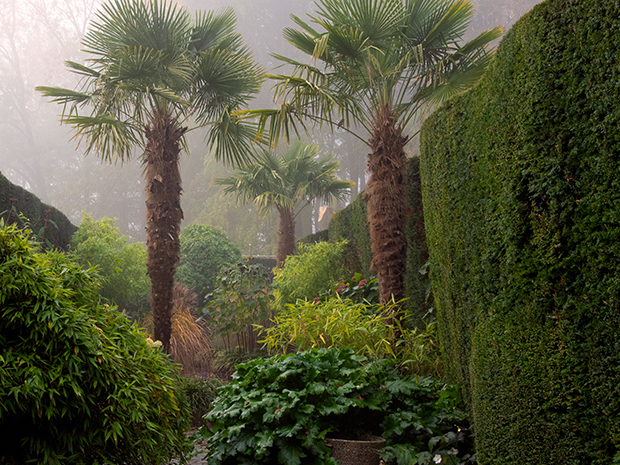 But the biggest surprise for Glover was a palm tree garden he uncovered when cutting back the overgrown yew trees surrounding it, which had hidden the secret jungle like space for years.

His pride and joy is the natural swimming pool framed by a wall of hundreds of wine bottles from nearby Broadway’s Lygon Arms Hotel – in tribute to Russell’s father, who once owned the hotel. 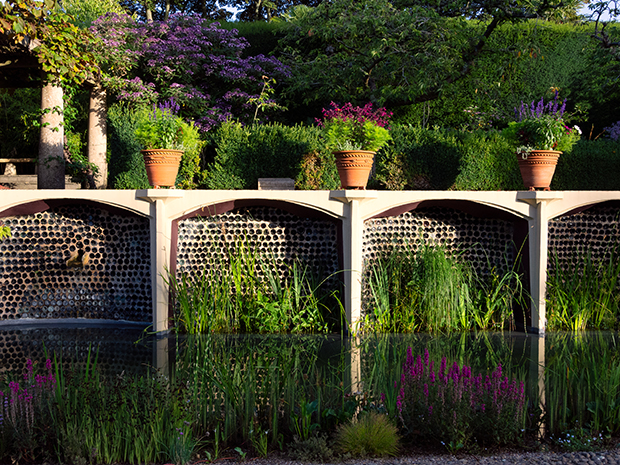 Visits to the garden are by request for small groups only, for more information call 01386 840843.