Earl’s & Co expert insight: Everything you need to know about whisky

Whisky tasting expert Jessica Earl gives us the lowdown on how to pick the perfect whisky, even if you’ve never tried it before…

Housed within Cheltenham’s premium barbershop and nail bar Earl’s & Co, lives a charming whisky bar stocked with the finest blends from distilleries around the world.

Welcoming SoGlos into the world of whisky is managing director Jessica Earl.

Keen to dispel the upper-class stigma associated with her favourite drink, Jessica gave us the lowdown on picking the perfect whisky for your palette, and told us how she’s encouraging more women to try their first dram…

How do you begin to choose a whisky if you’ve never enjoyed it before?

It can be quite overwhelming if whisky isn’t something you’re familiar with, so aside from coming to a tasting with me, there’s a few ways to tell if you’re picking a good whisky at a bar or at the supermarket.

Firstly, think about what you like to eat and drink – are you a savoury or a sweet person? If you’re a sweet person then Irish or Japanese whiskies or even bourbons might be for you. That’s because Irish whiskies are triple distilled rather than double distilled, they’re a lot smoother in character because they haven’t got the peat element, usually. Japanese whiskies are usually rich, full-bodied and smooth with a kind of liqueur feeling to them.

But if you’re a savoury person, you might be more into complex flavours and different notes, so a Scottish whisky from Islay or the Isle of Skye will always go down well. If you want a real crowd pleaser, then go for something like a Johnnie Walker.

Now, although that’s obviously mass-produced and you won’t be supporting a local distillery, the reason it’s so popular is because it’s so good! The thing about a Johnnie Walker is that it’s only blended with single malts; so unlike brands like The Famous Grouse or Teachers – which are blends made from other blends, like off-cuts – Johnnie Walker is a blend of pure, brilliant malts.

Whisky always has a number on the bottle too, which refers to the youngest malt that was put into that blend. So traditionally, it’s largely believed that the bigger the number the better the whisky. That said, more and more over the last 15 or 20 years, it’s been down to the engineering of the whisky with different casks and processes that make a good blend. 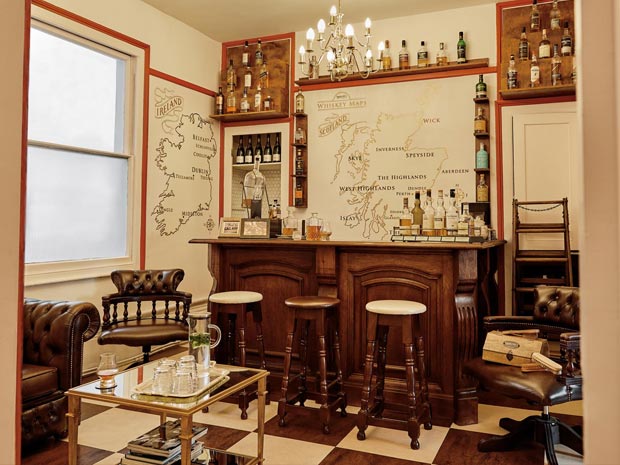 How should you test a whisky?

You can ‘nose’ whisky in a similar way to how you nose a glass of wine. We teach this in our tasting sessions. First off, we make sure we always use proper glasses for testing [picks up a glass from the bar]. This one is a Glencairn glass, which is the name of official whisky tasting glasses
Basically, you hold it at the bottom and you open your mouth and breathe in through your mouth, rather than smell through your nose. So, it’s funny that the practice is called ‘nosing’ when really, you’re mouthing it!

The idea is that the smell of the whisky and the top notes will sit on your tongue, and you’ll get a flavour of it from that. Then, they try it, and my question to them is ‘do you like it?’ I don’t care what they can taste, it’s not hugely important at this stage.

Then we go into pairing it with either a cheese or a chocolate that I’ve picked to go with that particular whisky, and then we’ll ask them to try it again and see if anything has changed.

It’s at this point that I’ll give them my opinion, so we’ve had the guest’s opinion, my opinion and then we go through the expert opinion which is either Jim Murray who writes the Whisky Bible, or the expert’s opinion on the back of the bottle. Nine times out of 10 we totally disagree with the expert! But I truly believe the most important thing is if you like it. 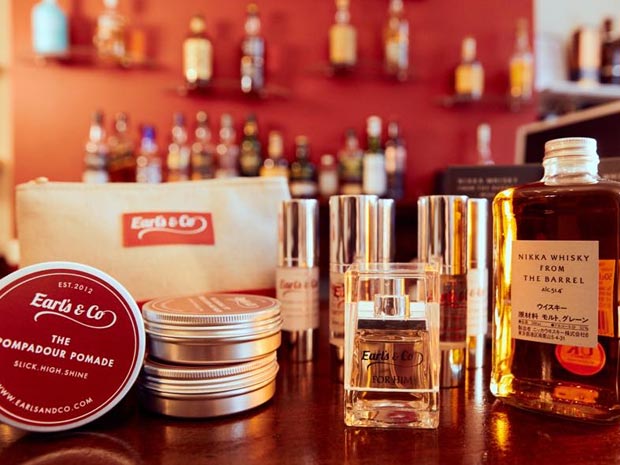 Whisky has a perception of being a ‘gentleman’s drink’ which can be quite intimidating to some. Is that the case?

The industry itself, is really helping with this. They’ve got new branding and you’ll find you can walk through the whisky aisle in Waitrose or even Tesco and find bright blue bottles and pink bottles, which are much less intimidating. Haig Club for instance, which has David Beckham as the figurehead of that is also doing wonders for the industry.

But the best thing we can do is to talk about it – I will talk anybody’s ear off about how cool whisky is! It’s also it’s really funny to stitch people up who hate whisky…get them a gift voucher and get them to actually give it a try; because all of a sudden, they’re drinking drams of Japanese cask strength with a cheese! It’s really good fun.

I’m also really keen to get more women to enjoy whisky! I’ve got an entire shop full of women upstairs [in the champagne nail bar] that I’m constantly trying to encourage to try whisky, and the hardest thing with them is getting them to forget about the stigma that it’s a drink for men. 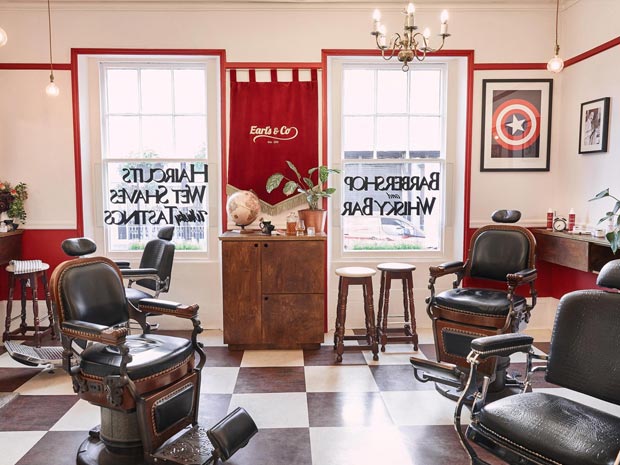 Is whisky getting more fashionable, like gin has recently?

Liking and drinking Whisky isn’t because you’re high class, or old, or whatever. It is a taste that you either like or you don’t.

It’s in a different league to gin and vodka, which are fashionable and cool and on trend. But there’s a really famous quote from Coco Chanel which is: ‘Fashion passes, style remains’ and for me, whisky is style.

What does a whisky tasting session involve at Earl’s & Co?

We offer four whiskies, perfectly paired with cheese and chocolate and we’ll have it from Scotland, Ireland, Japan and Wales.

We find out exactly what the client’s taste are, so one person might say: ‘Do you know what, I really love Jack Daniels’ and Jack Daniels is a bourbon from America which is really smooth and sweet and that’s why it’s so popular to mix with drinks. But someone else might come in and say: ‘I love a Laphroaig’ which is from the Islay region in Scotland, so it’s really boggy, peaty and earthy.

Because it’s so subjective, there’s no point in me standing there and saying: ‘this is what you’re going to taste and this is what you should smell’. I first teach them how to ‘nose’ a whisky and we have a sip and find out if they like it. 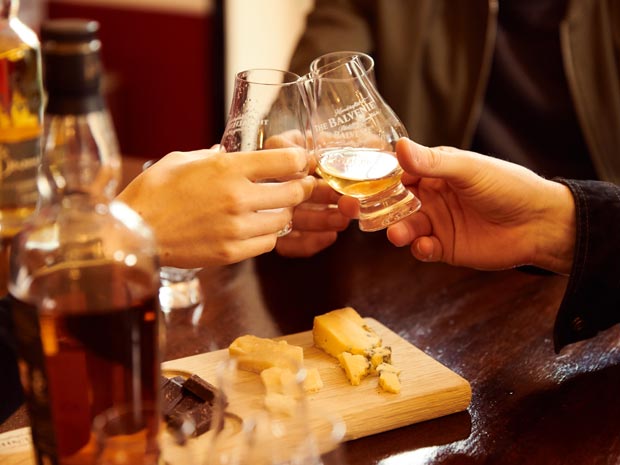 How can people learn more about whisky in Gloucestershire?

We sell whisky tastings as a gift voucher so you can come in just you, or with a friend and have a whisky tasting. People can buy it as an experience for someone, or you can just book it in for you and a mate! But the best thing, I think – is to come in with a friend on a Friday or Saturday afternoon and start the evening off with some whisky!

With one in three tree species threatened with extinction in the wild, Westonbirt, the National Arboretum is playing an important...

How electric vehicles could save you money

One customer spent just £63 charging his car in one year, according to Gloucestershire electric vehicle specialist Cleevely...

‘Our pupils embark on pathways that suit their particular strengths’: Meet the headmaster of Bredon School

With specialist support for children with dyslexia, a vast outdoor education offering and a thriving Combined Cadet Force,...

How to hire the right people or land that dream interview: GB Solutions expert insight

Gloucestershire businesses and job hunters are up against one of the most challenging jobs markets in recent years. SoGlos...

In the first of a new advice series delivering clarity for businesses on the subject of all things IT, ReformIT looks at how...

8 places to enjoy a weekday lunch in Cheltenham