You don’t have to work at GCHQ to know that one of Gloucestershire’s worst kept secrets is the incredible depth of talent in its cyber sector – and SoGlos has teamed up with BPE to champion some the individuals leading the way.

As the number of cyber-related companies continues to grow in Gloucestershire, so does the county’s significance on a national level.

With the cyber sector billed as an economic catalyst for Gloucestershire for years to come, SoGlos has handpicked some of the key players – with a hot list (in no particular order) curated with the insight of industry experts. 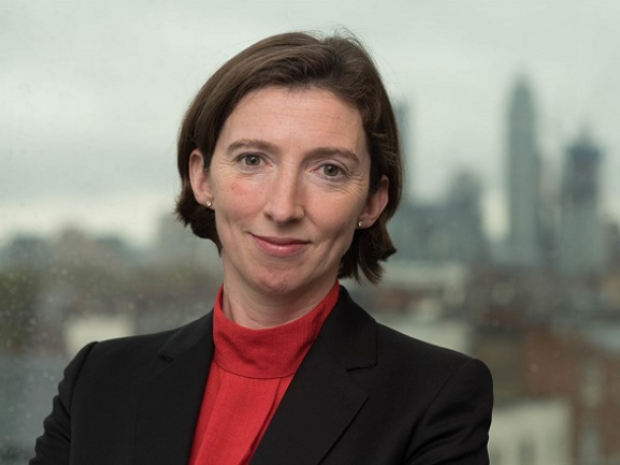 Cameron started her career in the private sector, before serving across government both at home and abroad, including postings in Africa, Asia and the Middle East.

Previous roles include director general in the Northern Ireland Office and at the Department for International Development (DFID).

Jeremy Annis and Tom Griffin co-founded Eagle Tower-based cyber security specialists Ripjar in 2012 and have taken the firm to an enviable position – in demand, with a sky-high profile and world-wide client base.

Ripjar’s abilities and still unfulfilled potential helped it raise nearly £30 million of funding in September 2020 and double in size through the early part of the pandemic. 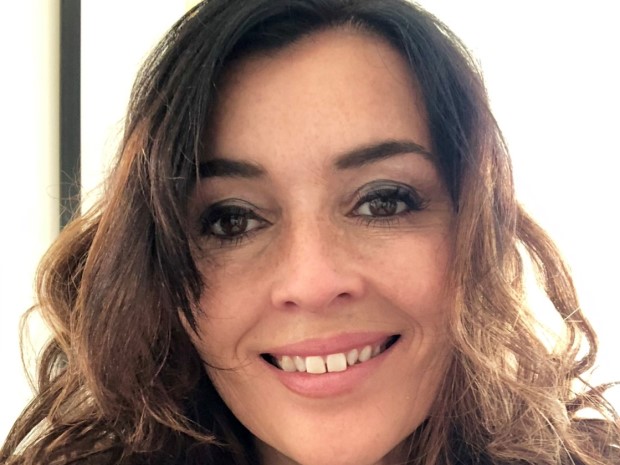 Shelley Wood is a director and co-founder of Cheltenham-based business Gemba Advantage, which is described as ‘making high-impact software that is secure, scalable and sustainable’.

Those who nominated Wood for this list described her as someone who ‘genuinely puts the wellbeing and progression of her employees at the forefront of everything she does’, as well as helping others outside her business with their own progression.

In January 2022, The Times singled her, and Gemba Advantage, in its pick of companies growing fast in the south west of England. 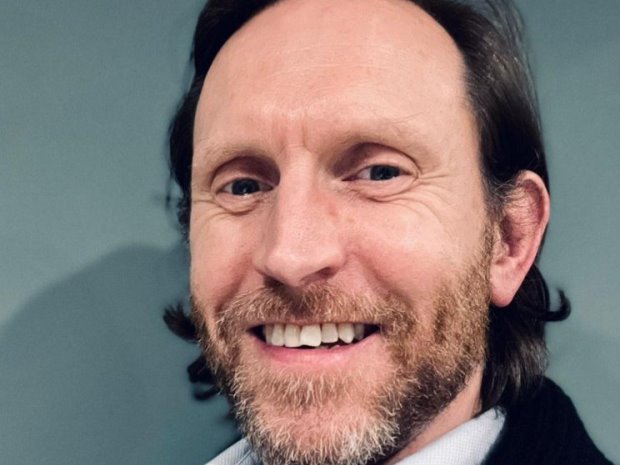 Richard York is a director and co-founder of Cyber Cheltenham (CyNam). The Gloucestershire-based group was set up to serve the cyber businesses clustering close to GCHQ – described as the largest concentration of its kind in the country – and to foster relationships, ideas sharing and business.

Nearly 1,000 members-strong CyNam can also boast some significant ogranisations within its midst, including BAE, Raytheon and Northrop Grumman. York is also chairman of UKC3, a government-funded organisation that supports cyber clusters to drive growth. 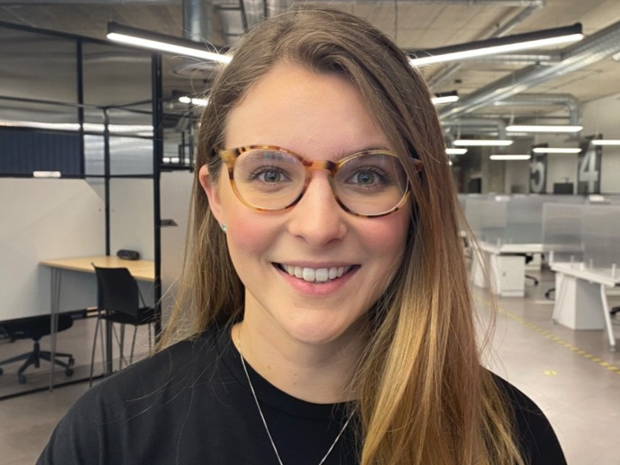 Another name recommended to SoGlos as a ‘must’ and another name from CyNam is Madeline Howard, who is no stranger to the hundreds who have benefitted from the ongoing work of the Cheltenham cyber-centric group CyNam.

Howard is a director and face of the networking group, a key catalyst for the county’s cyber community, working with the likes of Cheltenham’s Hub8 to bring like-minded businesses together, discover new talent and drive interest in the county’s schools and colleges. 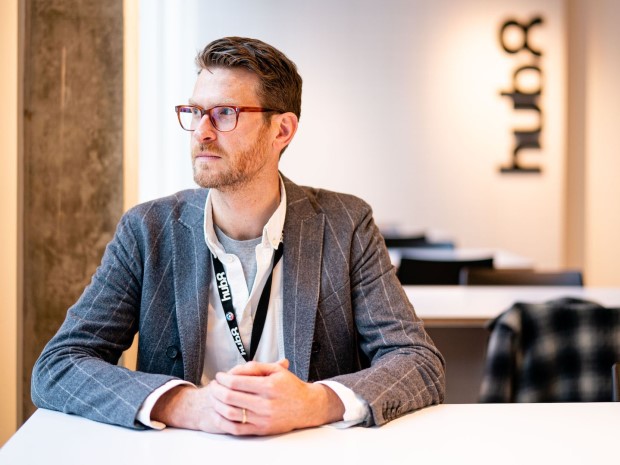 For anyone who has followed cyber in Gloucestershire in recent years, the name Bruce Gregory should be familiar.

Through Hub8 Gregory and his team have provided the workspace for those from the previously mysterious ‘cyber community’ to come together and helped fan the flames of collaboration and community here in the county.

Hub8 also recently opened its second venue, at Gloucestershire College’s Cheltenham campus close to GCHQ and, as a director of Workshop Group, Gregory’s fingerprints are all over the new-build town centre Minster Exchange. 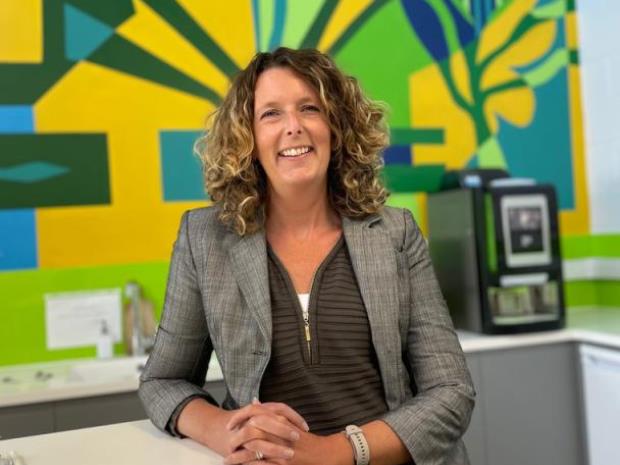 In January 2022 Lorrin White revealed her plans to step down as chief executive officer of Cheltenham-headquartered IT and communications specialist Bamboo.

Although not its founder, she is widely recognised as one of the key architects and leaders of a business which has continued to grow and which in November 2021 announced another acquisition – Worcestershire-based TechTeam Limited.

White may have stepped down from the hot seat, but she has not left the firm – becoming its director of communications.

He brings to the table a military background that includes more than 20 years as an officer in the British Army, serving with the Royal Corps of Signals and more than 12 years working in industry.

The Cyber Works Centre is a centre of excellence for Lockheed Martin which Smyth-Roberts has described as home to ‘an incredibly talented team of people working to support our national security and defence customers’. 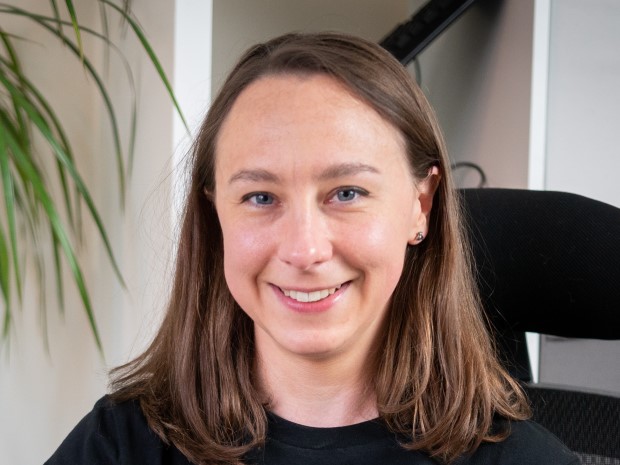 That Nathalie Cole switched from veterinary surgeon to the world of cyber security turns heads, but for the cyber community in Gloucestershire it is her lead role in the Ladies of Cheltenham Hacking Society that has won plaudits.

Not least among her work for the LCHS (described as ‘a premier cyber security meetup for women based in Cheltenham’) has been her passion for encouraging more women into the sector.

Cole currently works for Northrop Grumman, an American multinational aerospace and defence technology company with an estimated 90,000 staff, an annual revenue in excess of $30 billion and offices in Cheltenham too. 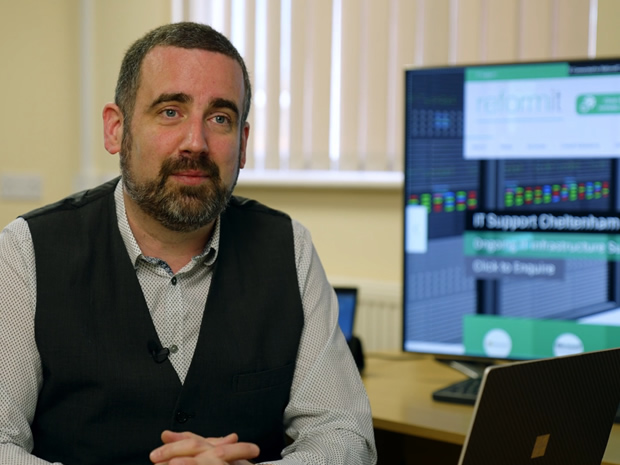 Neil Smith founded ReformIT in his back room 1998 and continues to steer the managed IT firm towards ongoing growth. Its able team now serves companies big and small across Gloucestershire and beyond.

Part of his ongoing mission has been to push the idea of continuous learning for every business when it comes to cyber security and the need to work together with customers and suppliers in our increasingly interconnected world.

In 2021 the Cheltenham-based ReformIT acquired established business Grafx Digital Technologies, allowing it to look after businesses using both Microsoft Windows and Apple products.

Professor Kamal Bechkoum of the University of Gloucestershire 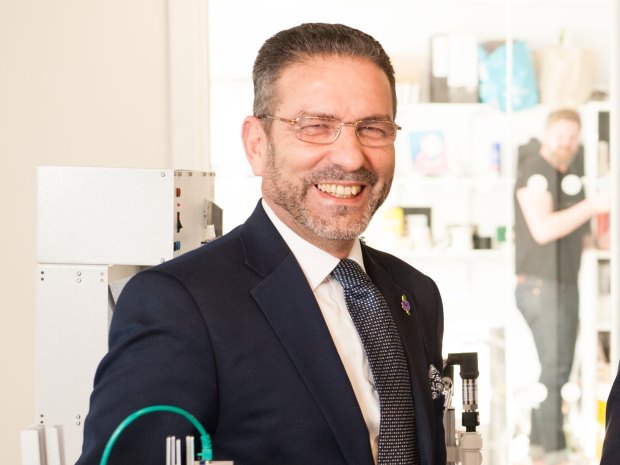 Professor Kamal Bechkoum is head of the University of Gloucestershire’s School of Computing and Engineering and a director of the C11 Cyber Innovation Centre.

C11 works with the likes of British-based US and UK defence giants Raytheon, Northrop Grumman, GCHQ, QinetiQ ‘to produce highly skilled professionals in Gloucestershire and beyond’.

He holds a PhD in software techniques for computer aided engineering and is a Fellow of the British Computer Society and a Chartered IT Professional. 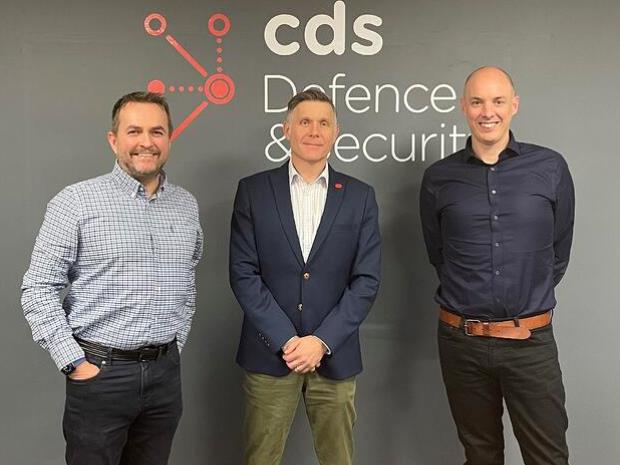 Richard Bradley of CDS Defence & Security (picture above, left) trained as a lawyer, but by the time he finished his degree he knew it was not the right career for him. That was 25 years ago.

Instead, he started as a temporary administrative assistant role at Cheltenham firm CDS Defence & Security, part of the Bailie Group.

Today he is the managing director of the fast-growing business which before Christmas unveiled an ongoing and ‘ambitious growth strategy’ with the takeover Worcestershire-based telecommunications training firm Ubi-Tech.

Charles White of The Cyber Trust and The Cyber Scheme

Charles White is a trustee of the Cheltenham charity The Cyber Trust, set up in 2017 to help children and vulnerable people access the digital world safely and securely and at the same time enjoy the benefits of the technology.

And he is a founding director of The Cyber Scheme, founded up in 2013 to develop robust professional standards for ethical security testers. The scheme is operated by The National Cyber Security Centre (NCSC). 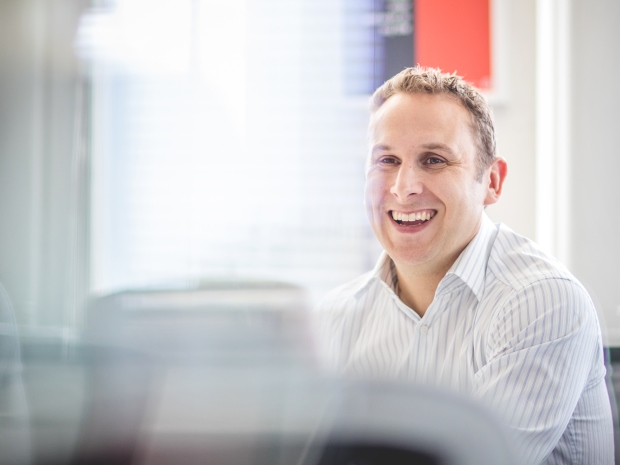 Dunning-Walton is the founder of specialist cyber security and technology recruitment firm InfoSec People, which in 2021 revealed ‘huge growth’ with staff numbers rising from six to 17 as it served the needs of a fast-growing sector.

The Cheltenham firm was shortlisted in 2021’s National Recruiter Awards for Recruitment Agency of the Year, the SC Europe Awards Outstanding Contribution category and in the SoGlos Gloucestershire Business Awards 2021. 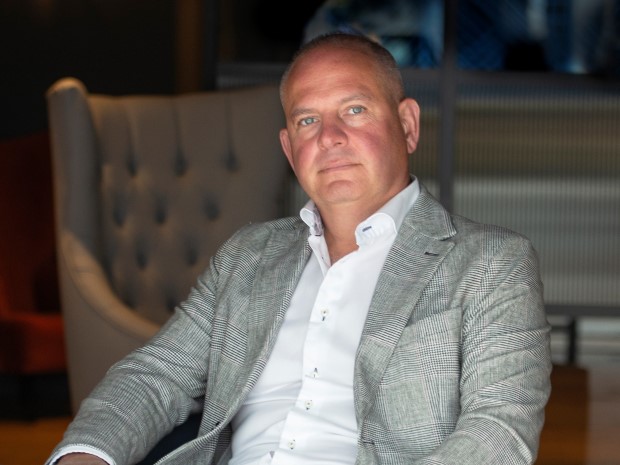 Pikes is chief executive officer and founder of the Quedgeley firm. Its focus is ‘visual risk moderation technology’, which can remove more than 90 per cent of ‘manifestly illegal and harmful images, videos, and live-streamed footage’ before it ever reaches a website or moderation queues.

Its work could present not just an antidote to the scourge of social media and other platforms worldwide, but a potentially enormous commercial opportunity.