Aladdin cast: Why this will be the best Everyman Theatre pantomime yet

Find out how Tweedy is bringing the action closer than ever to the audience, who is practicing their flips, how the panto’s princess is one for the 21st century, and why you might be singing along louder than ever – thanks to The Greatest Show tunes!

Described as ‘the best Everyman Theatre pantomime in 2018-19!’ by writer and director Peter Duncan, the Cheltenham theatre’s annual panto is back and will be a spectacular re-telling of the magical Aladdin.

Opening on Friday 30 November 2018, SoGlos spoke to the cast of Aladdin to discover why this year’s pantomime is particularly special – with a brand new director, several new cast members, elaborate new set and beautiful new costumes, and more than a few big surprises too…

It’s your first year directing the Everyman Theatre panto. Are you shaking things up?

Well, I’m not, not really! There are a number of big changes, not just including me, but I saw it last year and it was already really very good. But what is fantastic is that we are starting from scratch this year.

The new set is now built, the costumes are made. In terms of what might happen on stage, the fun begins now…

I grew up with panto – my parents did it. I’ve always had a deep love and association with it – and have performed in, I’ve produced it, and I’ve directed it many, many times.

What should SoGlos readers look out for this year?

Watch out for the washing scene because that’s going to be quite interesting! It’s messy. But it’s quite different to what we’ve done before. There’s some really spectacular stuff in there.

Is there anything that scares you or could go wrong?

Well, Tweedy is in it! And with Tweedy it’s often very physical, so you have to protect people against injuries! He’s got some people to work with this year – climb on, stand on, help him with his physicality – there’s always elements of risk.

So, would you say, this is this going to be the best Everyman Theatre panto yet? 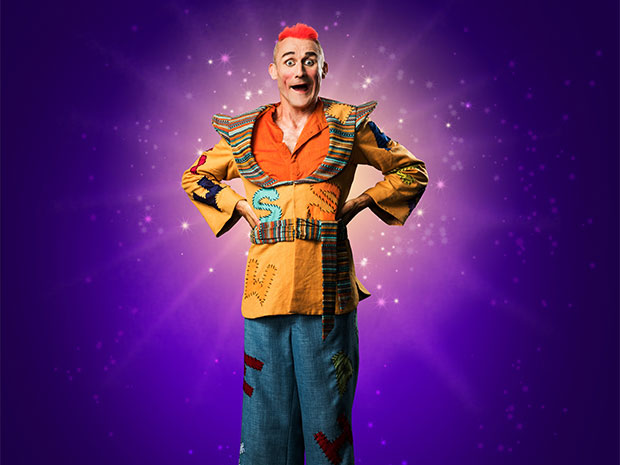 What’s new for you this year, Tweedy?

Peter’s brought lots of exciting ideas. There’s a big scene for the laundry scene, which is going to be particularly exciting… the set designer was panicking a bit because we kept having new ideas though – can we have a flap here, a trap door here, it’ll be really cool…

Is that what you’re most looking forward to?

Well, there’s lots I’m looking forward to… what’s really interesting is there’s no orchestra pit this year! I might not even be allowed to say this, but the band are going to be in the two boxes either side of the stage. So, I quite like that.

The audience will be reeeeeally close to the action. To me that opens up a whole new element of excitement. It’ll be really easy to jump into the audience – GERONIMO!

You have to be pretty brave to book seats in the front row, then?

Many people know you from Gifford’s Circus – how is it working out having a summer and a winter job?

I love it, it’s better this way round as it wouldn’t be fun performing in a tent in the winter! And I absolutely love pantomime – it was my first job when I left school. And as I live in Cheltenham, I can cycle to the theatre, which is great.

You are so well loved locally, do you find that flattering?

Yes, of course, it’s wonderful! I find when I tour my solo show, it always sells out in the Cotswolds, which is lovely, but when I go outside of that bubble, people don’t know who I am. I would like to make the bubble bigger…

How far do you want the bubble to go?

World-wide. Global. But I’m not greedy! 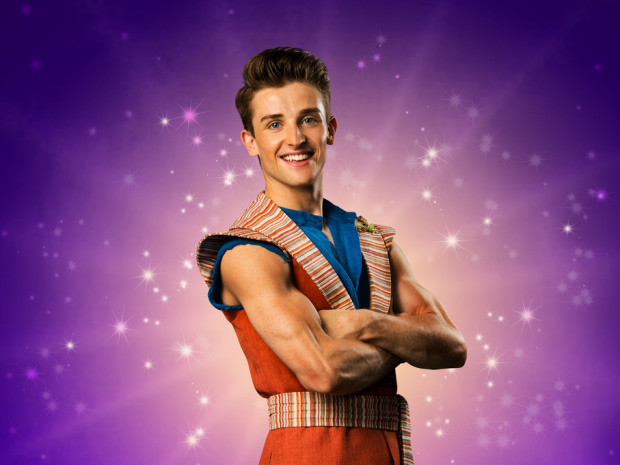 What’s it like to play the title role, Ben?

I’m really excited, it’s the second time I’ve played Aladdin. I played it first when I was 18 and I’m 23 now. It’s an amazing character to play – a real hero! And no expense has been spared in this production – the set looks incredible.

Is there anything you’re a bit nervous about?

I didn’t realise, but I’m flying at one point. I’m doing a lot of acro in the show – getting some flips in. I’m quite daring, so I’m not nervous, just excited.

Have you ever worked with Tweedy before?

No, the first time I met him was at the photoshoot… he’s a character. He plays my brother in the show and we’ve got some moves up our sleeves that we would like to build into it – incorporating my gymnastics and his slapstick comedy. It’s going to be a lot of fun! 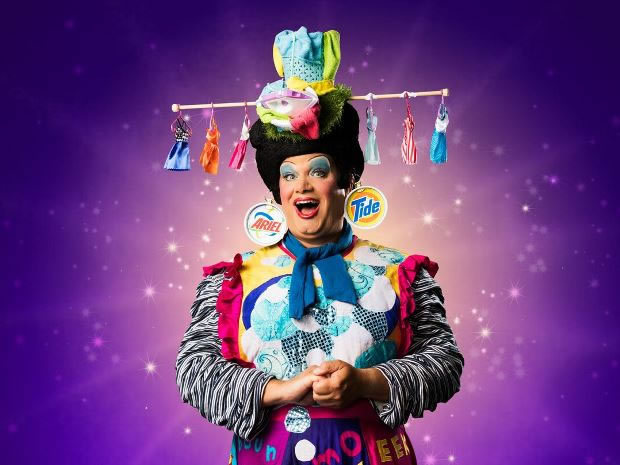 I am a new dame for Cheltenham! I’ve played dames in panto four times before… I’m a professional dame! But I’ve never played Widow Twankey before. And, how bizarre is this, I’ve never seen Aladdin before.

We’ve heard lots about the laundry scene. Do you get involved?

I do. But I don’t get involved in the slosh! Because I have the most beautiful, beautiful costumes. I’ve tried them on and they are incredible.

Are the costumes a highlight for you?

Well yes, and we’ve just had a read through and the script is incredible, performed by incredible professional actors… and me!

The whole thing is going to magical. It sounds corny, but we are all absolutely wowed by the set and costumes. It’s never been seen before.

What are you most looking forward to performing?

I’m performing a song and dance routine with 10 kids and being a dad (I mean mum!) myself, I love kids and I’m looking forward to working with them.

I’m also a bit of a Tweedy fan, so I’m really looking forward to that. He’s not just a local celeb, but a real talent to anyone who’s ever watched proper classic slapstick. He’s playing my son, so I’ll be bossing him round.

It’s the best day job to have. Can you imagine, being paid to mess around on stage with Tweedy. 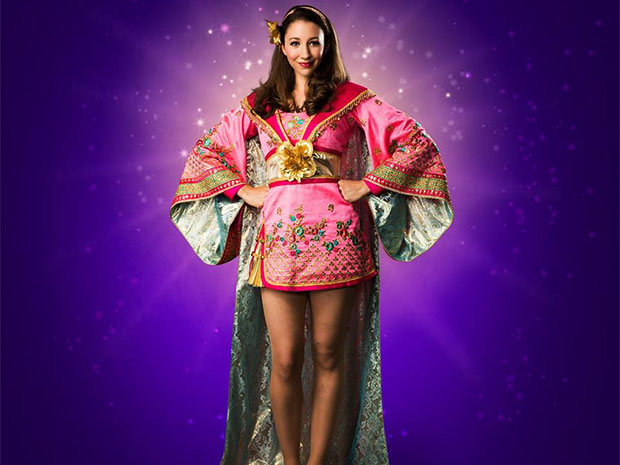 Tell us about Princess Xiaoxue

She’s a princess, but not your traditional panto princess. She’s a woman who has her own mind. She runs the palace. She’s her own person. I think in traditional panto the girls’ get captured, they get rescued, but my character is keeping up with modern times. She’s very much about female empowerment.

So, she’s a character you’re looking forward to performing?

Yes! I get to live out my girliest, most Disney dreams. Whilst doing a lot of comedy. Plus, there’s a lot of physicality and magic this year. I’m looking forward to see that come to life. And I’ve tried on my first outfit and it’s gorgeous. Very intricate and detailed. I’m bright pink.

Is there anything else you’re looking forward to?

They are from The Greatest Showman, which the kids will just love. The duet is ‘A Million Dreams’ which is one of my favourite songs. And ‘This is Me’ which is just the anthem for this year!

Here’s a handy summary of the guidance we’ll need to adhere to in Gloucestershire after 2nd December. Fingers cross… twitter.com/i/web/status/1…

Thrilled to announce that @GFirstLEP and @thegrowthhubbiz have been confirmed as headline co-sponsors of the innova… twitter.com/i/web/status/1…

Hot on the heels of SoGlos’s dedicated Business section, we are thrilled to announce the launch of the new SoGlos G… twitter.com/i/web/status/1…