Art at Everyman Theatre review: A stellar cast in a comedic classic

Serge has spent £200,000 on a completely white painting. Art tells the tale of three old friends who explore how the piece affects their friendship. But expect to laugh, as this classic 90s comedy really is very funny. 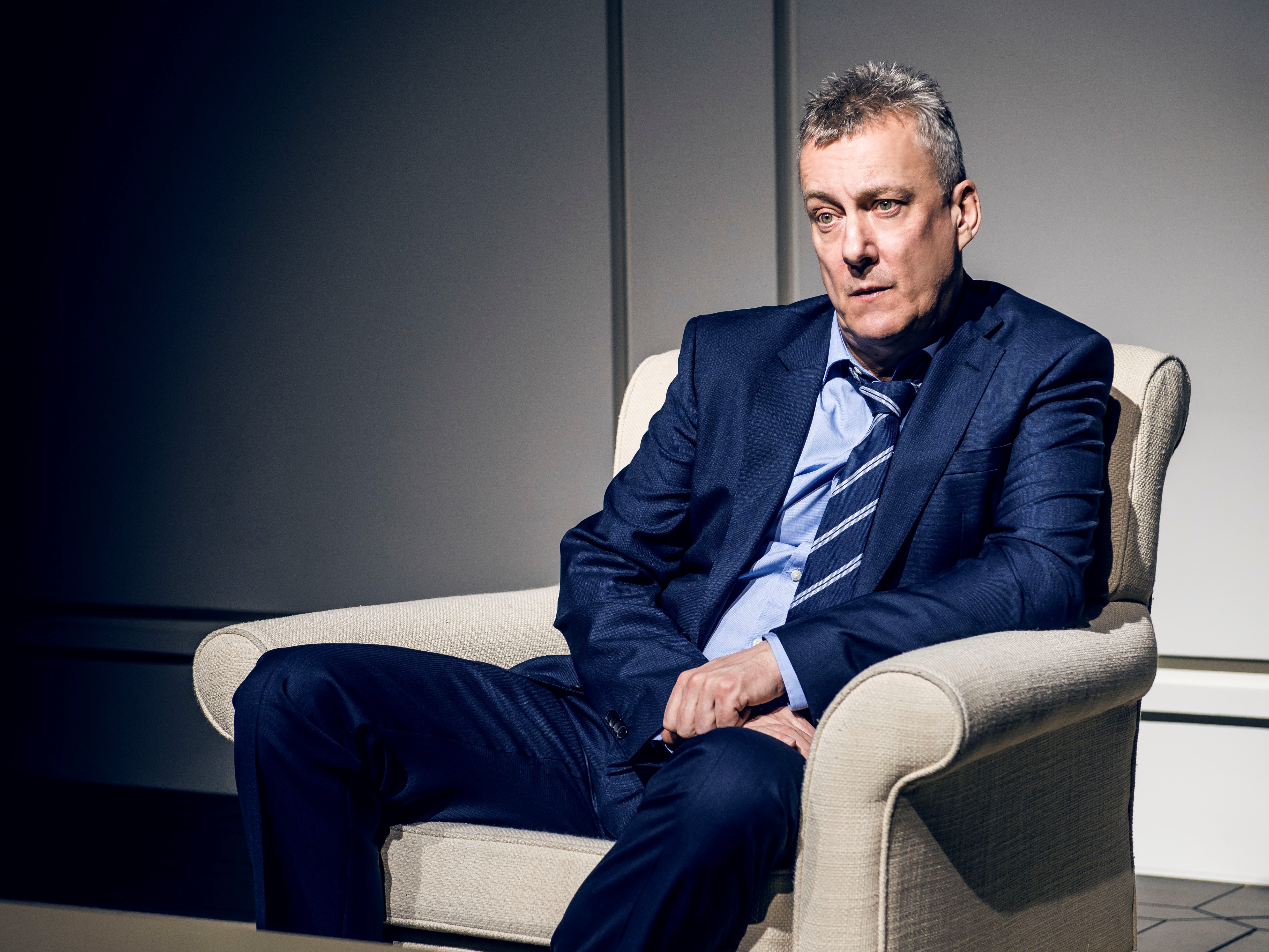 On paper, the story of three friends discussing a very expensive white canvas for 90 minutes doesn’t sound like the makings of an internationally acclaimed hit; but taking our seats at The Everyman Theatre, we were poised with open minds, waiting to discover why Art has been a hit since its original inception in 1996.

Promising a stellar line up of Nigel Havers as Serge, Denis Lawson as Marc, and Stephen Tompkinson as Yvan, our performance saw the role of Marc performed by understudy Andrew McDonald – an actor rather familiar with the play, having understudied as both Yvan and Marc during its original London run.

My friend Serge has bought a white painting

The play begins with a fourth wall breaking monologue from Marc, clearly perplexed by his friend Serge’s recent purchase: A painting, about four foot by five, and completely white.

But as the play progresses, each ensuing conversation explains that the disagreement between the three friends goes much deeper than distain for the white artwork.

Far from being a play about art, it’s really about a complex friendship, exploring how relationships can change over a long period of time. Yet somehow, despite the quite serious underlying theme, the performance had us laughing out loud.

From Yvan’s spectacular monologue about the stresses of wedding family politics, through to the physical comedy following a fist fight, the audience roared with laughter throughout the performance. 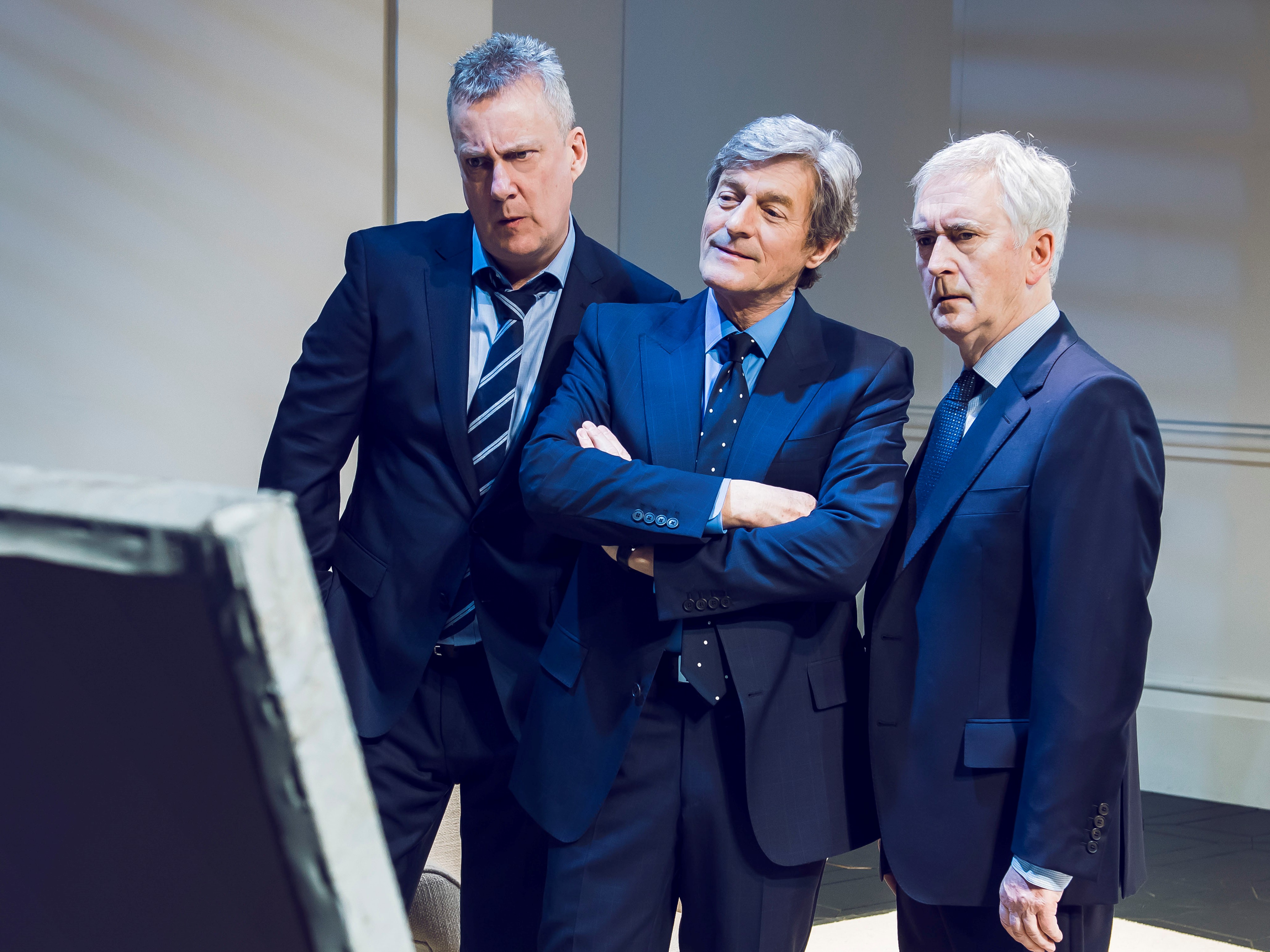 Combining brilliantly timed f-bombs with fast-paced interaction, it’s now clear to see why the show is billed as ‘one of the most successful comedies ever.’

While it’s difficult to sum up this unusual show, we’ll leave you with the summation that never before has an audience been so engrossed in watching a group of men eat olives in silence, something that must be seen to be believed!

Unusually, the performance does not include an interval, which meant the audience was not interrupted from the fast-paced conversation unfolding before them.