From a sector overflowing with talent, SoGlos has handpicked 15 stand-out faces who have significantly influenced or inspired the world of construction and commercial property in Gloucestershire.

With a little help from those in the know, SoGlos has made a selection of some of the most talented and inspirational individuals to work in or influence the construction and commercial property sector in Gloucestershire.

The object, as with everything SoGlos does, is to celebrate Gloucestershire and what it has to offer. And while narrowing the list down to 15 has been tough, we think we have handpicked names worth celebrating by virtue of the firms they work for, deeds they have done, projects they are driving or the way they conduct their business. 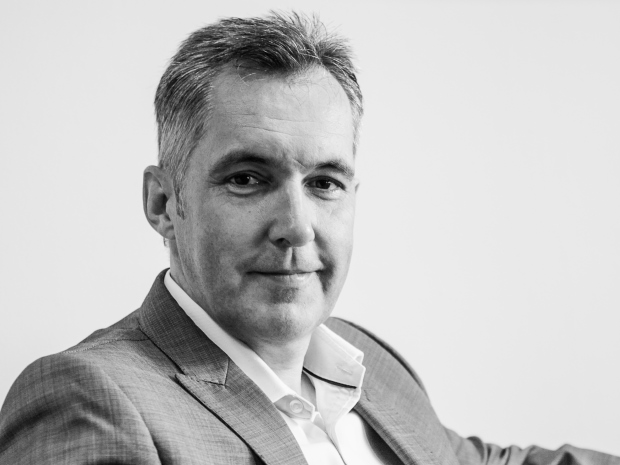 Fronted by the charismatic David Jones (who is also a perfect fit for this hotlist), if you are in construction and commercial property in Gloucestershire you will know the name Evans Jones.

Celebrating its 50th birthday this year, Evans Jones is a firm which remains at the forefront of developments and its recent rebranding saw its name spread across social media.

Evans Jones has offices in Cheltenham, London and the Thames Valley and clients including Cheltenham College, Travelodge, Hazlewoods, Transport for London, the NFU Mutual, and the NHS.

A left-field choice at first glance, coming from the public sector. But when you consider Cheltenham Borough Council’s managing director for place and growth is leading what could be the most significant development in Gloucestershire in a generation, any debate ends. We are talking about Tim Atkins, the man driving the £400 million Golden Valley Development, adjacent to GCHQ.

If firms were judged by the extent of their ambitions, their landbank and the scope of their vision, Robert Hitchins would be royalty and its managing director, Jeremy Hitchins, king. The incredible Gloucestershire family firm has its fingerprints all over some of the county’s biggest developments. Look just off Junction 9 of the M5 at Tewkesbury and north of Gloucester at Twigworth and Innsworth and you will see just some of its work underway.

4. Joanne Casey from Mactaggart and Mickel

When Scottish firm Mactaggart and Mickel chose to venture south of the border and set up camp in Gloucestershire, it appointed Joanne Casey. Her three decades in the construction industry have been marked by a rise from working mum to board level. Since 2017, the firm has secured planning consent on more than 400 acres representing land values of £200 million-plus.

Mr Jenner’s modest demeanour and ability to dodge the limelight, despite his firm skipping in and out of it, by virtue of the work it has been doing in Gloucestershire, makes him a must for the list. His Dowdeswell Estates became known as the building firm which helped Julian Dunkerton create his Lucky Onion hotel and bar empire, but the business’s recent re-brand to Dowdeswell Residential, a move to new offices off Cheltenham High Street, and its plans for The Fleece and Gloucester Docks show the Mr Jenner is no one-trick pony.

A director at Gloucestershire-based K W Bell Group and Bell Contracting, Nicola Bird is also now the founder and managing director of AccXel – which will be the first industry-led construction education facility in the UK. It seems remiss not to also mention her sister, Natalie Bell, growth and partnership director at AccXel, and a former chairperson of Women in Property South Wales. ‘AccXel will be the catalyst of change for the construction industry addressing acute problems of skills shortages and diversity challenges’. It will be a major gateway for future talent in an industry they are helping to shape.

The invisible signature of architects Roberts Limbrick has left its magic touch on more buildings than it is possible to mention here – from Cheltenham Racecourse to Gloucestershire College’s Forest of Dean campus, from Renishaw Innovation Centre to Honeybourne Place in Cheltenham. And the Gloucestershire firm of architects continues to shape and improve the built-world in which we live. Helping steer that ship and passionate about the county in which he lives and works is Joe Roberts.

When Gloucester City Council took the brave move of seizing the reigns of the King’s Square development and hiring Reef Group, the local authority went ‘all in’. But the developer thrives on such challenges. And leading what we now know as its visionary city centre development, The Forum, is Esther Croft. She has history with Gloucester pre-Reef, from the days of the GHURC which began the city’s re-regeneration. For her, Gloucester’s success is personal.

He will be the first to tell you how excited he is by the growing team Bruton Knowles has, the investment in training, the talent coming through and the incredible depth and experience within its ranks. But Dorian Wragg may fail to mention how he happens to be the commercial partner of the Gloucestershire-headquartered UK-wider operation – and a face that people in Gloucestershire have grown to trust and turn to.

A senior associate at Gloucester Quays-headquartered Quattro Design Architects, Joyce Clifford is no stranger to responsibility, and seeks no public profile for it. An architect of the firm itself, a leader in its field in the county and beyond, she is also chair of the influential Gloucestershire Design Panel and sits on the Cheltenham Task Force as an independent consultant.

Jo Bewley is head of property at BPE Solicitors and team leader for commercial property at the Cheltenham law firm. While the firm’s skills and her own department’s are broad, she specialises in the healthcare sector, assisting care providers in acquiring or disposing of care homes, nursing homes and other specialist homes whilst also working for banking teams. Her work includes enabling GP surgery developments. Colleague, Katie Pickering, is now secretary of Constructing Excellence Gloucestershire, having taken over from Anna Wood, partner and head of construction at the firm. The Legal 500 guide to the sector names Jo Bewley her as a leading Individual.

The chief executive officer of GFirst LEP’s name top of mind with those we consulted for this list. When you reflect on many of the major and pending construction projects afoot in Gloucestershire, GFirst LEP’s name is writ large. From Stroud’s new-look Five Valleys shopping centre to the roundabout aiding traffic flow at the Gloucester end of the Golden Valley or the pending Minster Exchange in Cheltenham town centre (to be the home of the Cheltenham Festivals and a new Growth Hub). David Owen’s understanding, passion and the LEP’s work has proved an unrivalled catalyst.

Richard Cook’s leadership of the city council has helped steward a number of tasks previously impossible for Gloucester across the start line and onwards. He is the first to give credit to the considerable work of the previous incumbent in his role, Paul James, but without Mr Cook and his team’s ability to keep conversations going The Forum scheme in the city centre, Dowdeswell Residential’s plans for The Fleece, the University of Gloucestershire’s plans for the old Debenham’s site, Gloucester Rugby’s new training facility and the city’s £20 million Levelling Up bid might never have happened. Considering we are still in a pandemic, his inclusion is as undisputed as the vibes from the city are positive.

Treasurer of Constructing Excellence Gloucestershire, Gemma Brindley is also a director in Cheltenham-based Crowe’s corporate tax team and leads the office’s property and construction sector specialism in the town. She acts for a wide portfolio of clients and advises on capital allowances, tax efficient structures, research and development tax reliefs, patent box and corporate tax compliance.

Every big business started small. It is these up-and-coming firms, growing by graft, determination and reputation that make for an exciting future. Established off the back of the skills of its namesake Harry Ford, we now see a Gloucestershire-born firm building on its reputation on the domestic front, to expand firmly into the commercial property sector too.

In the final instalment of the campaign, SoGlos is celebrating our last 10 #GlosHeroes this September 2021, with support from...

If you’ve always wanted to give crafting a go, there’s never been a better time, with 10 weekend workshops to try this autumn...

From West End comedies to bold musical shows, the Everyman Theatre’s autumn 2021 season is coming to the stage – with SoGlos...

Gloucestershire’s growing reputation as a holiday destination is a key part its economic recovery, according to Vis… twitter.com/i/web/status/1…

Remove the headache and hassle from your bookkeeping and payroll with BookCheck Ltd. soglos.com/business/49891…… twitter.com/i/web/status/1…